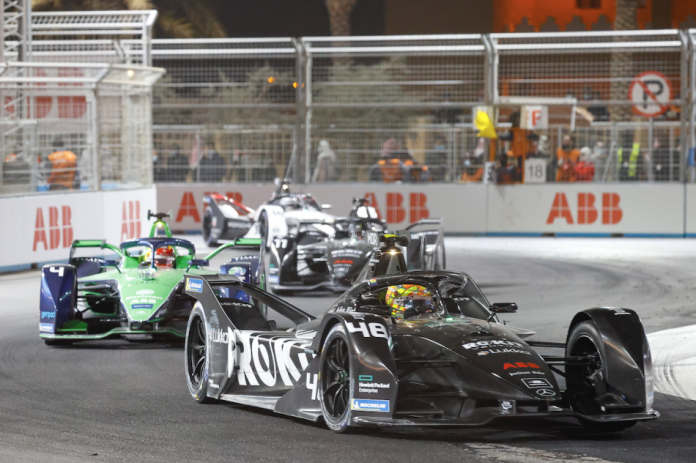 On the evidence of last month’s double-header curtain-raiser in Saudi Arabia, Season Eight of the ABB FIA Formula E World Championship is already shaping up to be another fiercely-contested campaign – with Mexico City poised to stage the next high-speed instalment in the all-electric single-seater series this weekend (12 February).

The Latin American metropolis initially welcomed Formula E back in 2016 – with the iconic Autódromo Hermanos Rodríguez becoming the first permanent circuit to feature in the championship. The track doubled up as a temporary field hospital for Covid-19 patients last year, prompting the 2021 Mexican event to move to nearby Puebla – where current points leader Edoardo Mortara won one of the two races – but in 2022, the Mexico City E-Prix is back.

The Autódromo Hermanos Rodríguez poses a number of challenges for competitors, not least its fast and technical nature and its dizzying elevation, at 2,250m above sea level. Mortara reached the rostrum there in 2019, and judging by his form in Diriyah – where he grittily fought his way to a third career Formula E triumph – the ROKiT Venturi Racing man will be a leading contender once again.

Defending champion Nyck de Vries (Mercedes-EQ) – the other winner around the Riyadh Street Circuit – is the Swiss star’s closest pursuer in the title table, four points shy of the summit of the standings. The flying Dutchman will be targeting a rapid recovery from a disappointing second race in Saudi Arabia, when the promise of pole position faded to a tenth-place finish at the chequered flag.

Stoffel Vandoorne in the sister Mercedes entry sits third in the classification, ruing a missed ATTACK MODE that cost him victory in the desert kingdom, with Jake Dennis fourth for Avalanche Andretti and already setting himself up for a committed championship challenge in his sophomore season in the series.

Former champion Lucas Di Grassi is tied on points with Dennis after claiming a podium finish on his maiden weekend with Venturi, and the experienced Brazilian is arguably the most successful driver in the field in Mexico, having prevailed there in both 2017 and 2019.

Robin Frijns similarly opened his 2021/22 rostrum account in Saudi Arabia for Envision Racing and occupies sixth spot in the order, while seventh-placed André Lotterer grabbed pole position around the Autódromo Hermanos Rodríguez in 2020, when the track layout was extended by just over half-a-kilometre – meaning the German’s benchmark will be the time to beat in qualifying.

Lotterer will also have been encouraged by TAG Heuer Porsche’s significant improvement in pace between the two Diriyah E-Prixs, as compatriot Pascal Wehrlein returns to Mexico with unfinished business – having captured pole position and fastest lap there three years ago, only for a post-race penalty to cost him a podium.

Double champion Jean-Éric Vergne was runner-up in the race in 2017 – a result replicated by DS Techeetah stablemate António Félix da Costa in 2019 and then again 12 months later en route to the Drivers’ crown himself. The Portuguese ace’s 2021/22 campaign got off to a difficult start in Diriyah as he left empty-handed – so he will be eyeing a big score this weekend in his bid to launch an assault on a second Formula E title.

Sébastien Buemi (Nissan e.dams) is a multiple top three finisher at the Autódromo Hermanos Rodríguez – in 2016, on his way to championship glory, and subsequently 2018 and 2020 – while NIO 333’s Oliver Turvey clinched pole in 2017, leading the E-Prix until mechanical issues intervened. The Briton bounced back the following season by taking the chequered flag second – his first and, to-date, only rostrum result in the series.

Countryman Alexander Sims (Mahindra Racing) is the race lap record-holder in Mexico from two years ago, and Nick Cassidy is similarly likely to be in the mix. The New Zealander showed a strong turn-of-speed for Envision Racing in Saudi Arabia, where rookie Oliver Askew (Avalanche Andretti) caught the eye with a points-scoring performance on his Formula E debut.

With so much quality on the 2021/22 grid and myriad potential winners, it really is too close to call this weekend, but one thing looks sure – the action is about to hot up. The Mexico City E-Prix will get underway on Saturday (12 February) at 16:00 local time (23:00 CET).