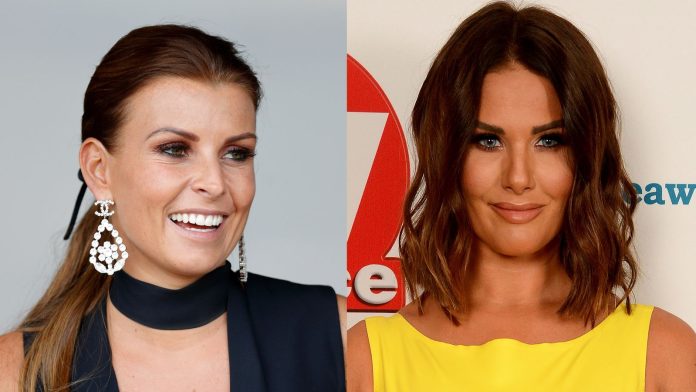 Rebekah Vardy declared “war” after Coleen Rooney publicly accused her of selling information to the press, the High Court has heard – months after telling her PR she would “love” to leak stories about her.

The wife of former England star Wayne Rooney was dubbed “Wagatha Christie” after she carried out a months-long “sting operation” to find out who was telling The Sun newspaper information she had posted on her personal Instagram account.

She shared fake stories on her profile in a bid to catch out the culprit, before pointing the finger at the account of her fellow footballer’s wife.

Vardy, 39, who is married to Leicester City striker Jamie, denies the accusations and is suing Rooney, 35, for libel.

Rooney’s lawyers have claimed Vardy leaked the information to The Sun either directly or through Ms Watt, who was acting “with her knowing approval”.

At the start of a two-day hearing on Tuesday, the High Court heard that in WhatsApp messages between the pair, Ms Watt had admitted leaking information to the media.

Rooney’s lawyers had requested further information from the WhatsApp exchange between the pair, but Ms Watt’s phone had “regrettably” fallen into the North Sea shortly after the last hearing.

Rooney’s team has produced a message exchange between Vardy and Ms Watt in January 2019 which showed the pair discussing a post on Rooney’s private Instagram where her car had been damaged.

Vardy said she “would love to leak those stories x”.

Mr Sherborne said Ms Watt was later responsible for the leak of the story to the newspaper, with Vardy’s approval.

Days later, Rooney posted a tweet saying it was “sad” someone was “betraying” her.

According to written submissions, while discussing the tweet in private, Ms Watt said: “It wasn’t someone she trusted. It was me,” accompanied by a laughing emoji.

Hugh Tomlinson QC, for Vardy, said the denied allegations have caused her “huge damage and distress”.

In written arguments, the barrister said the information and messages disclosed “provides no evidence that the claimant leaked the three fake posts”.

In further WhatsApp messages between her and Ms Watt, Vardy said she had supported Rooney and suggested it was Rooney’s own PR who had leaked stories.

The trial is due to begin in early May of this year, with this hearing due to end Wednesday.

The Points Guys Awards honor best in travel for 2022

‘I loved her’: Cheers co-stars pay tribute to ‘unique and wonderful’ Kirstie Alley

Harry and Meghan documentary will be ‘real watershed moment’ for couple

The Points Guys Awards honor best in travel for 2022

The world will gain enough renewable energy in 5 years to...