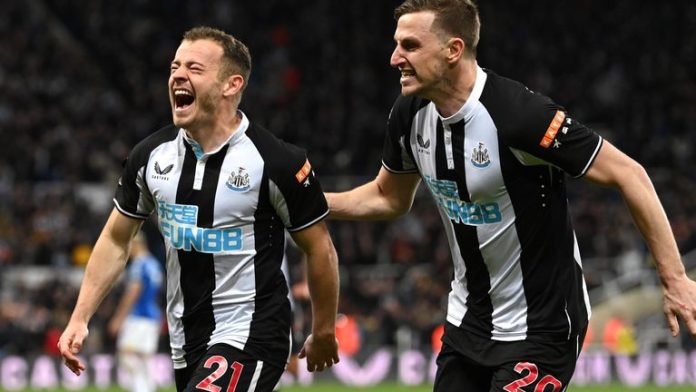 Newcastle have moved out of the bottom three after a 3-1 win against similarly relegation-threatened Everton, with Frank Lampard losing his first Premier League game as manager.

The first-half goals were scored in quite extraordinary fashion. Jamal Lascelles (36) and Mason Holgate (37) scored respective own goals with 107 seconds of one another – the shortest gap between both sides netting an own goal in a match in Premier League history.

But Newcastle took control of the tie in the second half. Ryan Fraser scrambled Newcastle ahead in the 56th minute before a superb Kieran Trippier free-kick 10 minutes from time added a late third.

Lampard did hand debuts to Dele Alli and Donny van de Beek, but both were ineffectual as Newcastle remain in 16th on 19 points. They could end the matchweek in the bottom three should other results go against them.

Eddie Howe’s side have registered back-to-back Premier League wins for the first time this season and move into the relative safety of 17th on 18 points.

Newcastle are back in action on Sunday when they face Aston Villa at St James’ Park, live on Sky Sports; kick-off 2pm.