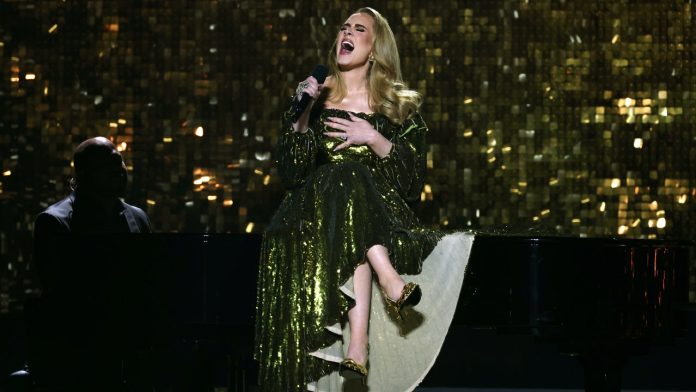 Adele performed “I Drink Wine” at the 2022 BRIT Awards. It’s her first performance since her One Night Only television special. Check it out below. Adele won the first award of the night at the BRITs, taking home Song of the Year for “Easy on Me.” She was also awarded Album of the Year for her fourth album, 30.

Adele last performed at the BRITs in 2016, singing “When We Were Young” while also taking home four awards. She released 30 this past November. In January, she shared a Sam Brown–directed video for her song “Oh My God.” Later that month, she announced she was postponing her residency at the Caesars Palace’s Colosseum in Las Vegas.

Check out “5 Takeaways from Adele’s New Album 30” on the Pitch.

Afghanistan: 113,500 newborn Afghan babies, but how will they survive?

Myanmar: A tailor tells her story