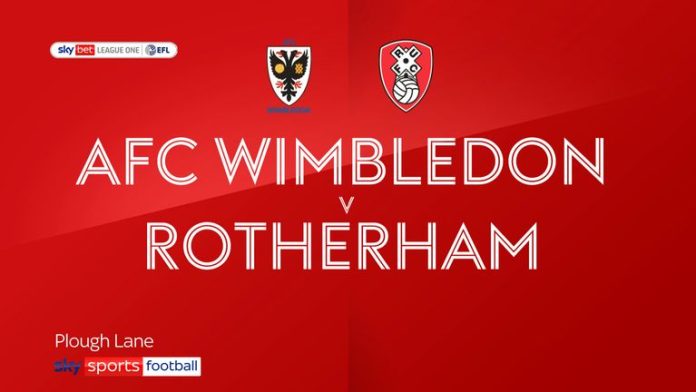 Rotherham moved nine points clear at the top of Sky Bet League One after dispatching AFC Wimbledon 1-0 at Plough Lane.

It looked as though the visitors had been rewarded for their early pressure when Will Grigg nodded in fellow Northern Ireland international Shane Ferguson’s whipped free kick after 17 minutes, only for the linesman to flag for offside.

The Millers struggled to break down a compact Dons defence throughout the remainder of the first half, failing to register a shot on target despite dominating possession.

The hosts looked more vulnerable after the break, and the league leaders finally broke through in the 60th minute when Joshua Kayode raced onto Chiedozie Ogbene’s pass before coolly slotting into the bottom right corner.

It looked as though the floodgates had opened when Wes Harding connected with Michael Smith’s flick-on, his looping header clipping the bar before bouncing to safety.

The hosts failed to mount a serious challenge in search of an unlikely equaliser, with Mark Robinson’s side now 12 games without a win in all competitions.

Hong Kong to ask Beijing to rule on use of foreign...