Home Culture By The Numbers: Woodstock 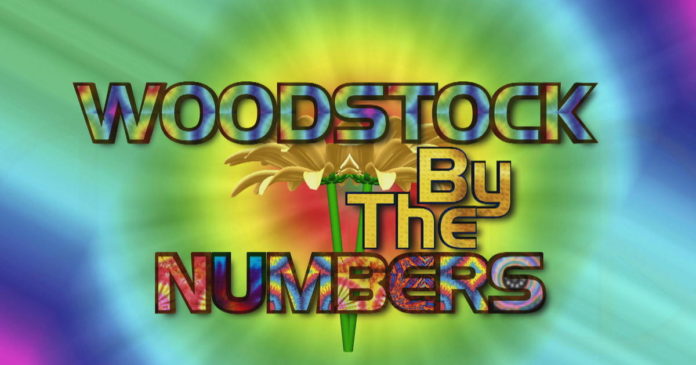 And now a look back at Woodstock … by the numbers.

Traffic to the festival was backed up some 17 miles at one point.

The number of artists and bands that performed was 32.

True to the event’s spirit, Woodstock was NOT a particularly rewarding gig. Although Jimi Hendrix was paid $18,000 for his trouble, and Credence Clearwater Revival received $10,000 for theirs, most of the other acts were paid far less.

The people of Sullivan County donated an estimated 10,000 sandwiches and other items to try to fend off a food shortage.

Though the exact number who came to Woodstock will never be known for certain, an estimated 450,000 or more are thought to have attended.

But it’s a safe guess the number of people who SAY they were at Woodstock runs into the MILLIONS.