Home Culture How the Peanuts character Woodstock got his name 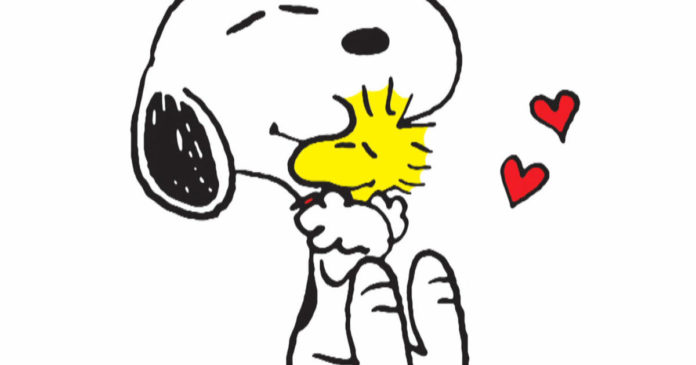 Charles Schulz, the creator of the comic strip “Peanuts,” was many things: a father, a veteran, an artist. But one thing he was NOT, by any stretch, was a hippie.

When asked if he thought Schulz would have enjoyed attending the 1969 Woodstock Music and Art Fair, Benjamin Clark, curator of the Charles M. Schulz Museum in Santa Rosa, Calif., laughed, “No!

“He was famous for not really enjoying travel, or crowds.”

Nonetheless, back in 1969, Schulz was looking for a name for one of his new characters, a yellow bird who wasn’t that great at flying, when one day he picked up a copy of Life Magazine.

“And he thinks, ‘Woodstock, that’s a good name for this bird’?” asked correspondent Luke Burbank.

An exhibit at the museum, titled “Peace, Love and Woodstock,” includes the comic where Woodstock officially got his name.

Burbank said, “You have basically Snoopy breaking the fourth wall; he’s giving side-eye to the reader. He’s like, ‘Get a load of this guy!'”

Schulz’s widow, Jean Schulz, said, “[Charles] used to say he loved drawing Woodstock flying. You know, he’d go up and down and up and down and all around. That’s funny, and a comic strip is visual humor.”

Jean Schulz said, like the famed concert in upstate New York, Woodstock – the Peanuts character – almost didn’t come to be. “I think once he said, ‘Oh, I don’t know whether I really like Woodstock.'”

But over time, Schulz came to see the essential role Woodstock played in the Peanuts universe.

“Snoopy calls him ‘My friend of friends,'” said Jean. “It was really important that Snoopy and Woodstock had this really close friendship, and that Snoopy had someone he could love in that way.”

And so, Woodstock found his place in Snoopy’s world.

Clark said, “Woodstock is loyal, and Woodstock is aware he is small, but he knows he matters to someone.”

New Peanuts comics stopped when Schulz passed away in 2000; he was adamant he would be the only person who would ever draw the daily strip. But the Peanuts characters live on through movies, TV, and lots of merchandise.

Schulz, a native Minnesotan, lived and worked close to where the museum stands today.

“Nobody draws like Schulz does,” said cartoonist Paige Braddock, who serves as Chief Creative Officer for Peanuts. “Like, even any of us cartoonists who try to sorta ghost him, I can still tell it’s not him.

“There was something in the personality of his stroke,” said Braddock. “You know, it’s, like, really subtle things about where he picked the nib up and where he put it down. And the natural arc of his arm and hand when he was drawing. It’s really hard to replicate.”

To watch Paige Braddock try to teach Luke Burbank how to draw Woodstock, click on the video below:

There’s a hidden genius in the simplicity of Schulz’s drawings – and a simple message, says Jean Schulz, that might explain Peanuts’ enduring popularity.

“The characters all have heartaches,” she said. “They have hopes. They have critics. They have their own world with all the things that adults have, which I think is why I think adults like it. And children recognize right away that these are kids like them.”

A message that, for its time, was as counter-cultural as anything else happening in 1969.