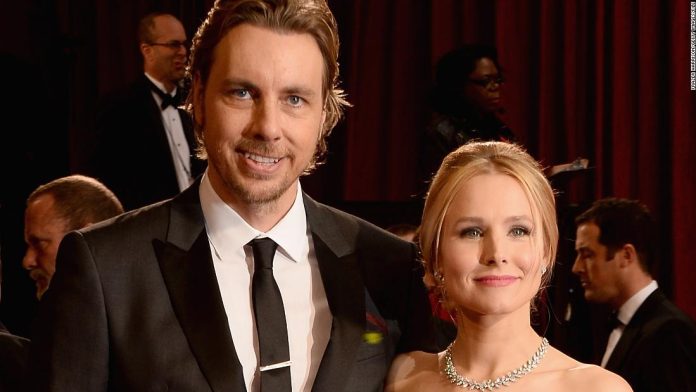 During a recent episode of Shepard’s “Armchair Expert” podcast, Bell shared that their daughters Lincoln, 8, and Delta, 7, sleep in their parents’ room.
“You know the girls sleep on the floor of our bedroom,” Bell said.
This revelation was part of a story about how there was a stench in the bedroom.
Bell joked (we guess) she thought it was just because the family is gassy so “I wake up in the morning and I go, ‘Wow nobody’s gas has dissipated, but it also smells like it’s burning.'”
But even after washing the sheets, airing out the room and having the kids check to make sure the family pets had not left behind any little presents, the “really raunchy smell” continued to linger.
Finally, Bell located the source.
“I lean down and smell the mattress – Dax’s corner, his feet corner of the mattress – and I almost hit the deck,” she said. “I almost passed out it was so strong.”
Lest you think Shepard has a hygiene problem, it turns out that their mattress cover which has to be filled with water had accidentally been filled with an old protein drink.