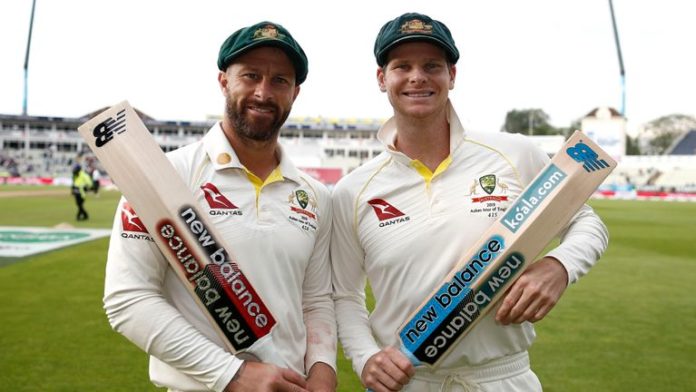 Does Darren Gough think James Anderson will play again in this Ashes series?

Darren Gough was the guest on Sunday’s Ashes Debate – and we were lucky to have him considering he has recently been stung by a scorpion!

England have been unable to sting Steve Smith, however, with the Australia batsman completing twin tons in the Ashes opener to leave the hosts requiring 398 to win, but more likely needing to bat out the whole of day five to earn a draw in game one of the five-match series.

Former England quick Gough gave his ideas on how to bowl to Smith, which included going wide of the crease, with Darren saying bowling wicket to wicket just isn’t working against the in-form 30-year-old.

Gough also says England need to inject some pace into the attack through Jofra Archer and also get a green pitch – if they remain flat, says Darren, then Australia are Ashes favourites.

The ex-fast bowler also has his say on Jimmy Anderson and whether the stricken seamer will figure in the rest of the series after re-injuring his calf on the first morning in Birmingham.

Darren feels the 37-year-old was not fit enough to play in the first place.

You can listen to the show above or download here for all that, plus the boys’ thoughts on…

– How likely are England to draw this Test?

– Moeen Ali’s struggles – why is he lacking confidence?

Watch day five of the first Ashes Test live on Sky Sports The Ashes and Sky Sports Main Event from 10am on Monday. Click here to upgrade now.