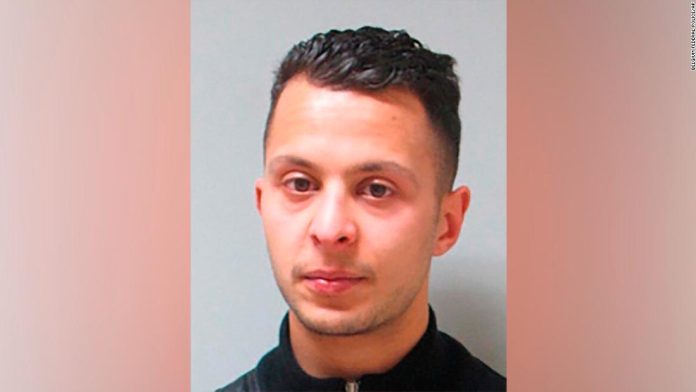 Abdeslam, 32, said he supported the militant group Islamic State and that it was undeniable that he had been on the path to becoming a combatant.
He did not say, however, whether he was involved in the coordinated gun and bomb attacks that were the deadliest in postwar France and sent shockwaves across Europe.
“I wanted to say today that I didn’t kill anyone, and I didn’t hurt anyone. I didn’t even make a scratch,” Abdeslam told the court under questioning.
“It’s important for me to say this, because since the beginning of this case, people have not stopped slandering me.”
French-Moroccan Abdeslam, is believed to be the only surviving member of the Islamist commando thought to have carried out the gun and bomb attacks on six restaurants and bars, the Bataclan concert hall and national soccer stadium.
He is alone among the 20 defendants to be directly accused of murder, attempted murder and hostage-taking. Investigators believe his explosive vest malfunctioned and that he fled the French capital in the hours after the attack.
Abdeslam has not yet been questioned on his alleged role in the attacks. He has never expressed remorse for the blood spilled on the night of Nov. 13, 2015.
He faces life in jail if found guilty.
Islamic State had targeted Paris to compel then President Francois Hollande to end French military interventions against Islamic State in Syria and Iraq, Abdeslam said.
“It’s his fault that we are here today,” Abdeslam said of Hollande.
“They responded to the aggression of France and the West. If they killed civilians, it was to make an impression.”
Abdeslam told the court he had never traveled to Syria but that he admired the militants’ willingness to sacrifice themselves daily.
“I am not a danger to society,” he said.