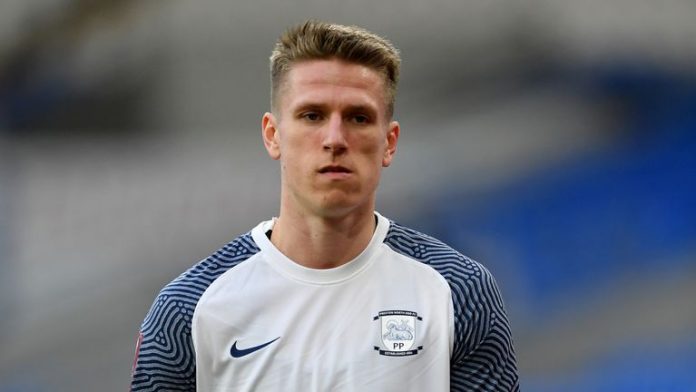 Preston and Huddersfield extended their unbeaten runs as they contested an entertaining 0-0 draw.

Carlos Corberan’s Terriers remain in fifth place in the Sky Bet Championship table as they extended their unbeaten streak to 11 games.

Preston, meanwhile, drew for the fourth consecutive home match, but have now lost just once in 10 matches since Ryan Lowe took over at Deepdale in early December.

North End opened up the first clear sight of goal after 10 minutes when Ched Evans disappointingly scuffed his shot after darting in to meet Brad Potts’ precise cross.

Both sides were playing open, enterprising football early on, and the Terriers replied with Danny Ward lashing a half-volley narrowly over the top.

The hosts were out of luck when, following some neat build-up play, Ben Whiteman’s thunderous goal-bound strike was blocked on its way through by team-mate Greg Cunningham.

Noisy fans of both teams were lapping it up, with the visiting contingent off their feet when the Terriers went close just before the half-hour mark.

Luke O’Brien saw an initial effort blocked, with the rebound falling to Harry Toffolo, who failed to find the target from 15 yards.

With both sides in such good nick it was unsurprising to see Preston reply almost immediately, with Aston Villa loanee Cameron Archer fizzing an angled shot past the far post.

The tempo dipped somewhat as the interval approached and it was two minutes before half-time when the next opportunity arose.

It fell to North End, with Daniel Johnson crossing in for Evans, whose close-range effort was brilliantly beaten away by keeper Lee Nicholls.

The hosts began the second period in the ascendancy and Evans was unlucky again when his flicked effort following Archer’s cross was expertly blocked by Tom Lees.

Archer then tested Nicholls with a quickfire shot on the turn.

With the game now ebbing and flowing once again Huddersfield, now attacking the end where their fans were massed, threatened when Danel Sinani volleyed straight at grateful Preston keeper Daniel Iversen.

With the 70-minute mark beckoning it remained goalless, but a victory was still very much there for the taking.

Terriers’ sub Carel Eiting saw a powerful strike blocked, while at the other end the North End contingent appealed vociferously for an 84th-minute penalty when sub Emil Riis went down following a challenge from Lees.

Whiteman fired a late volley over the top as Preston had the final word on a night when both sides will probably have been content with a share of the spoils.