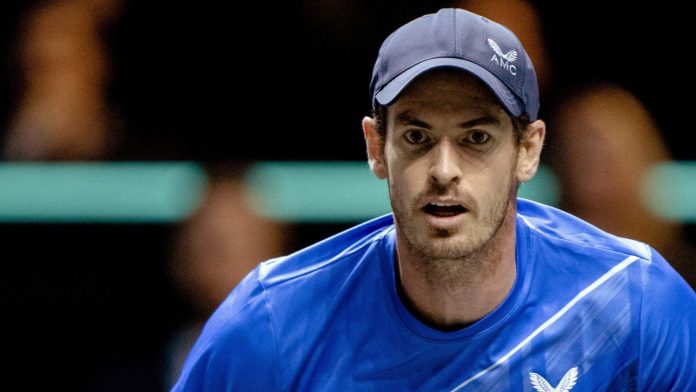 Andy Murray moves to 6-3 in 2022 with a straight-sets win over the tricky Alexander Bublik and will now face impressive young Canadian Felix Auger-Aliassime on Thursday (not before 6.30pm GMT)

Andy Murray made an impressive start to the World Tennis Tournament in Rotterdam by defeating Alexander Bublik in straight sets on Wednesday.

Murray, who recently announced he will skip the clay-court season, sealed an impressive 7-6 (8-6) 6-4 victory against Bublik, who defeated world No 3 Alexander Zverev to win his maiden ATP Tour title in Montpellier on Sunday.

There will be more Murray magic to come in Rotterdam! 🪄 @andy_murray clears his opening hurdle at the #abnamrowtt, with an impressive win over Montpellier champion Bublik: 7-6(6) 6-4. 🌟 pic.twitter.com/TGF8weklvq

Bublik, the world No 31, served for the opening set at 6-5 but was broken by the Scot before going on to lose a tense tiebreak 8-6.

Murray then clinched the second set to seal the win in one hour and 42 minutes and set up a second-round tie against third seed Felix Auger-Aliassime.

Murray’s compatriot Cameron Norrie takes to the court in the late match against Karen Khachanov of Russia.