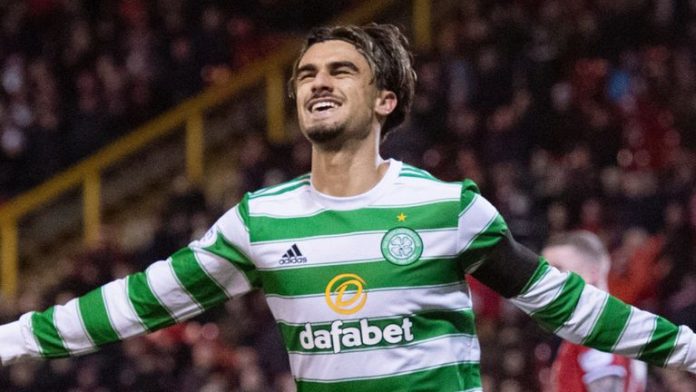 Celtic remain top of the Scottish Premiership after Jota’s double secured the points in a five-goal thriller at Aberdeen.

The Portuguese winger scored his first after knocking the ball in at the back post after poor home defending before Matt O’Riley’s deflected second put the away side firmly in command.

But the visitors responded instantly as Jota drilled home the winner.

It is another massive win for Ange Postecoglou’s side, who are now 20 league games unbeaten.

Aberdeen, who last won in the Scottish Premiership on Boxing Day, drop to ninth.

The focus turns to the Scottish Cup for both sides at the weekend. Aberdeen are away to fellow Scottish Premiership side Motherwell in the fifth round on Saturday. Celtic host Championship side Raith Rovers on Sunday.