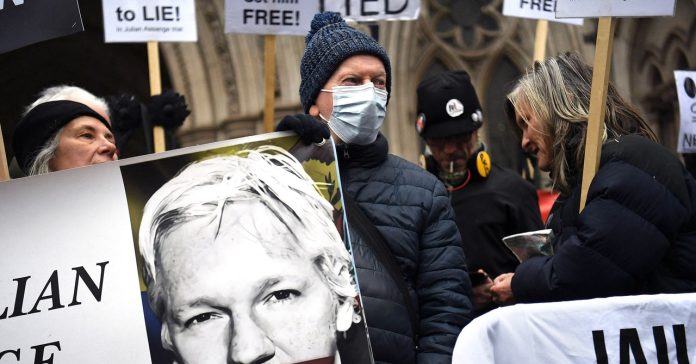 On February 3, the group started accepting ether donations on crypto crowdfunding platform Juicebox, eventually raising some $52 million. In exchange for their contributions, all donors received cryptocurrency $JUSTICE tokens, which give holders a voice in how AssangeDAO’s resources are used. That element, Taaki says, makes the DAO mechanism more effective at raising funds than just asking for direct donations in dollars or crypto. “Simple donations don’t work,” he says. “But if you give a little bit of incentive—that’s the extra impetus.” Taaki says that the AssangeDAO was the perfect way for cypherpunks to rally together to “liberate the original cypherpunk: Assange.”

In the lead-up to the auction, the group debated whether it should bid less for the project and keep cryptocurrency aside for other Assange-focused projects, but it ended up going all in: AssangeDAO’s winning offer—16,593 ETH—was $40 million higher than the second-highest bid, from the CEO of cryptocurrency exchange Kraken.

Assange’s history is checkered: He was investigated for sexual offenses in Sweden, holed up in the Ecuadorian embassy in London to avoid extradition, and was accused of spreading material hacked by Russia’s GRU. But Noa says that whatever one thinks of Assange, the charges against him are a “travesty” and represent a wider threat to “press freedom and whistleblower protection.”

Stella Moris, a lawyer and Julian Assange’s partner, says the DAO “provides a new model for political prisoners and causes to galvanize support.” She says she hopes others will follow in its footsteps.

Initially conceived as the cryptocurrency industry’s flawed answer to Kickstarter, DAOs were used to raise capital for cryptocurrency startups while giving donors a stake through custom tokens. Now they are also evolving into devices to orchestrate other kinds of collective actions—from the activist to the political to the whimsical. Last year, shortly before the FreeRossDAO, the ConstitutionDAO raised $47 million in an unsuccessful attempt to buy an original copy of the US Constitution (which was eventually snapped up by a hedge fund manager). In 2018, Taaki, who in the 2010s fought with the Kurds against the Islamic State in Syria, announced plans to create an academy of hackers well-versed in cryptography and revolutionary techniques alike. He says that he will likely launch a DAO to fund that project.

These new types of DAOs may still have a problem in certain cases: Crypto backers who decide to participate risk being unmasked. While widely touted as totally private, the most popular cryptocurrencies are in fact pseudonymous and leave a permanent trail that can in some cases lead to a user’s identity. “Right now the process is completely transparent. That might be OK for something like ConstitutionDAO, but when it comes to something like AssangeDAO, it creates a risk both for donors and organizers,” O’Leary says.

In a cryptocurrency conference in Lisbon, Portugal, in October 2021, Taaki and O’Leary unveiled a project called DarkFi—a wordplay on cryptocurrency-fueled decentralized finance, or “DeFi”, which would offer stronger anonymity features for cryptocurrency and DeFi users. DarkFi aims to make DAO crowdfunding fully anonymous, minimizing any risk linked to backing controversial causes or figures. “We will have DAOs and auctions which are completely anonymous—where nobody can see anything that’s happening,” Taaki says.