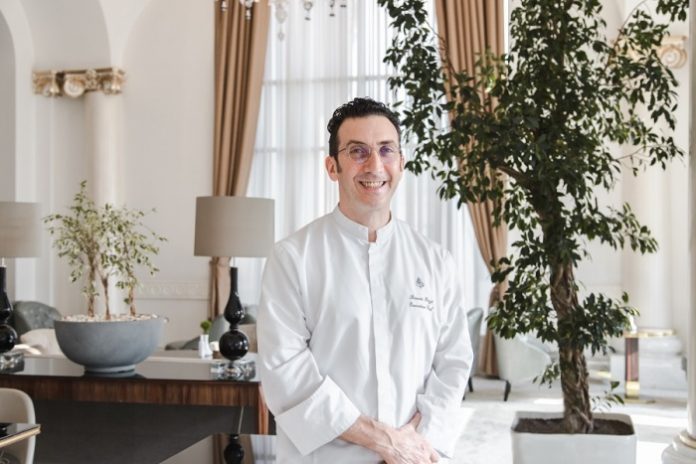 For over 25 years, Rizzi has travelled the world, developing a deep and enduring love for good food.

Now he brings his experience and enthusiasm to Four Seasons Hotel Baku.

“My passion for the job still inspires me, every single day.

“I love ‘playing the role’ of a chef!” Rizzi explained.

Coming from Four Seasons Resort Koh Samui, Rizzi is excited to be in a completely different ambiance, embracing new culture, traditions and flavours in Baku, capital of Azerbaijan.

He began his professional culinary journey at Pasta Fresca De Salvatore, one of the pioneers of authentic Italian cuisine in Singapore.

He went on to work at restaurants in Italy, Spain, the UK and France – picking up new techniques at each place, and sharing his own growing knowledge with fellow chefs.

Then, Asia beckoned once again: Rizzi continued to hone his skills as a senior chef in premier Italian restaurants in Hong Kong, Philippines and Thailand.

In 2004, he joined Four Seasons, coming on board as the Italian chef at Four Seasons Hotel Kuala Lumpur.

Since then, he has lent his expertise and passion to Four Seasons properties across continents – as sous chef in Hawaii and Washington, DC, as executive sous chef in London and Tianjin and then as executive chef in Koh Samui.

Rizzi believes that creating special dining experiences is partly a science, and partly an art.

“To wow the guest is my favourite part of the job.

“It’s easier when I have more information about their likes and dislikes,” he explained.

“If I have less information, then it’s an exciting challenge – that’s when I use my culinary sixth sense.”

Born in the historic city of Brescia, in the Alpine foothills of northern Italy, young Rizzi developed an early appreciation for fine, locally-produced ingredients – from olive oil to caviar.

While his emphasis on ingredients remains uncompromising, his global explorations have taught him to continually dream and innovate.

“The world is changing, and so is food,” said Rizzi.

“There are always new trends coming up, but you have to experiment and refine constantly to see what really works.

“Do guests actually like it, or is it just a fad?”

Excited for this new challenge, using his craft, knowledge and taste, Rizzi will revive the menu of the all-day-dining Italian restaurant, Zafferano, by adding new specialties.

Breaking Travel News recently spoke to Bob Suri, general manager of the Four Seasons Hotel Baku – find out what he had to say here.