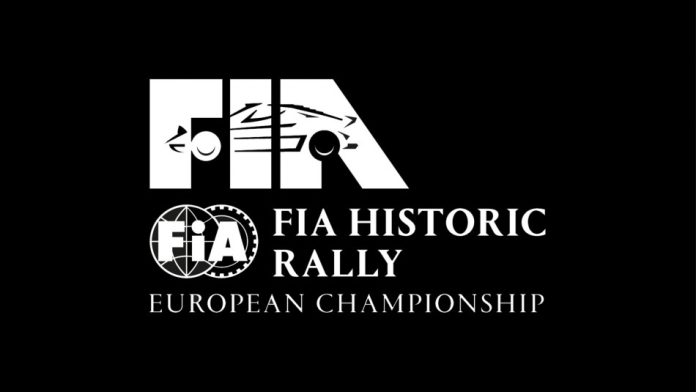 Entries for the 2022 FIA European Historic Rally Championship are now being received ahead of Round 1 in Spain next month.  Twenty-five confirmed entries have been received so far with some familiar names alongside some that will make their debut in the EHRC this year.

2019 Category 4 Champions ‘Lucky’ and Fabrizia Pons are back with the Lancia Delta HF Integrale 16v and will be joined in Category 4 by former French Rally Champion Jean-Francois Mourgues (BMW E30 M3).

2018 Category 4 Champions Valter Jensen and Erik Pedersen will be competing in their BMW E30 M3, with Gabriele Noberasco and Michele Ferrara also returning in their distinctive liveried BMW E30 M3.

Antonio Sainz and David De La Puente will be back in the Subaru Legacy Turbo, while Laszlo and Edit Mekler are swapping their Category 2 Alfa Romeo for a Category 4 Lancia 037 Rally. Another Lancia 037 Rally will be seen in 2022, with Edoardo Valente and Jeanne Françoise Revenu will compete in their Team Bassano SSD run example.

Germany’s Jürgen Geist and Ramona Kees will re-join the championship with their Opel Manta 400.

In Category 3 Siegfried and Renate Mayr return in the Volvo 244, with Michael Putz and Elisabeth Trimmer returning in the Porsche 911SC that they debuted on the 2021 Rally Elba Storico. There will be a trio of Ford Escorts, with Ferran Font from Andorra, Spaniard Alex Sabater in the second ford and Britain’s Tim Metcalfe and John Connor in the third.

So far Category 2 has received the entry by 2019 Ypres Historic Rally class winner Carlo Mylle, who will compete this season in a Porsche Carrera RSR and Monaco’s Silvio Perlino and Serena Giuliano in a Ford Escort RS 1600.

Several more competitors are in the process of entering the 2022 FIA EHRC and the entry list will be updated further in the coming weeks ahead of the first round in Spain next month.

Entries for the 2022 FIA European Historic Rally Championship are open –

Guillermo del Toro on bringing “Pinocchio” to life, one frame at...