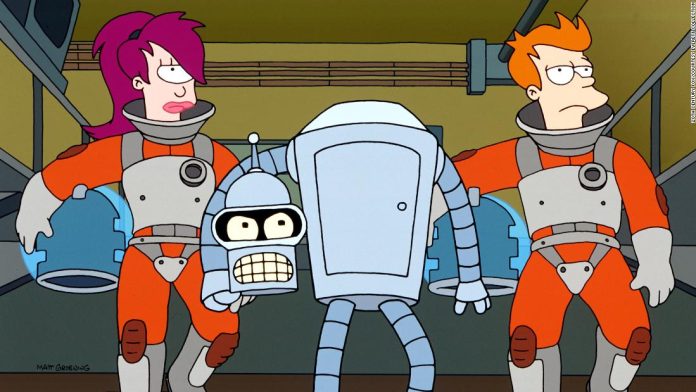 A decade after it ended, the animated series has been revived for a 20-episode run on Hulu.
Original stars Billy West and Katey Sagal will return, along with Tress MacNeille, Maurice LaMarche, Lauren Tom, Phil LaMarr and David Herman.
Matt Groening of “The Simpsons” and David X. Cohen created “Futurama.” It ran for five seasons on Fox before airing for three more at Comedy Central. After a total of 140 episodes, the show ended in 2013.
“Futurama” is based on a pizza delivery guy who accidentally freezes himself in 1999 and wakes up a thousand years later. The show earned six Emmys, including two for outstanding animated program.
“Family Guy,” “Rick and Morty,” “Bob’s Burgers,” “South Park” and the original “Futurama” are all available on Hulu.
[embedded content]
The new episodes of “Futurama” are slated for a 2023 debut.