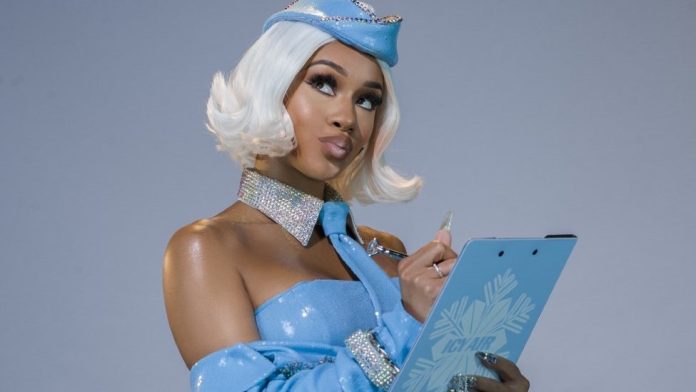 Saweetie has shared a new single that’s set to appear on her forthcoming debut album Pretty Bitch Music. “Closer,” out today via Icy and Warner Records, features H.E.R. A new music video for the track is forthcoming. Listen to the single below.

Saweetie closed out 2021 with a performance on Saturday Night Live. She did “Tap In,” “Best Friend,” and her newest single at that point, the Dr. Luke–produced song “Icy Chain.” Also in 2021, Saweetie released “Fast (Motion),” the Insecure soundtrack offering “Get It Girl,” and her Drakeo the Ruler collaboration “Risky.”

In addition to releasing the new album Back of My Mind, H.E.R. had a massive year in 2021. She won an Oscar, won the Grammy for Song of the Year, paid tribute to Tina Turner at the Rock & Roll Hall of Fame induction ceremony, and sang at the Super Bowl.