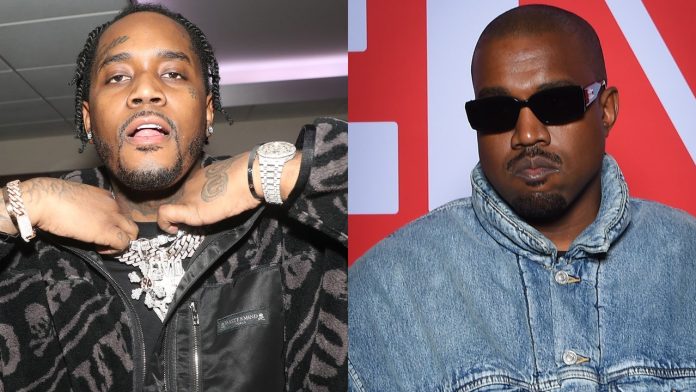 Fivio Foreign has released a new single featuring Kanye West and Alicia Keys. “City of Gods” is dedicated to Fivio’s late friend Tahjay “T Dott” Dobson. The track is set to appear on Fivio’s debut album B.I.B.L.E, which is out March 25 and will be executive produced by Ye. Listen to “City of Gods” below.

“T Dot. That’s my baby boy,” Fivio said in a statement. “I never thought I’d be doing this without you here with me. You supposed to be here with me but you gon always be the Prince in the City of Gods. Your name will forever live through me. Long Live Prince T Dot.”

In Kanye’s verse, he seems to once again reference his feud with Pete Davidson: “This afternoon, a hundred goons pullin’ up to SNL/When I pull up, it’s dead on arrival.” On “Eazy,” Kanye shared this line: “God saved me from that crash, just so I could beat Pete Davidson’s ass.” Davidson is apparently dating Kim Kardashian.