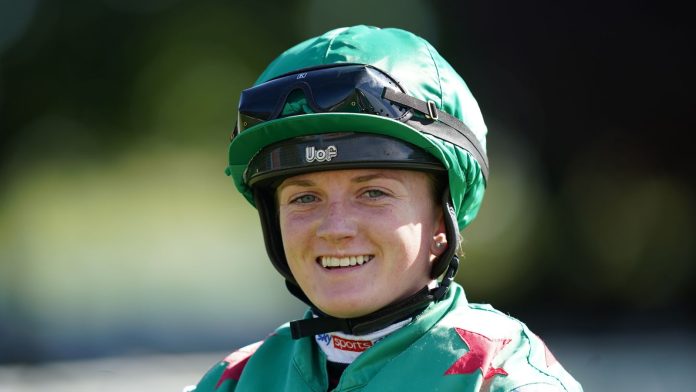 Hollie Doyle is in contention to win the title of Flat Jockey of the Year for the second consecutive season after earning three nominations at the 2021 Lesters awards.

The Sky Sports Racing ambassador broke her own record for the most winners in a calendar year by a female rider for the third time in 2021 with 172 victories.

Doyle’s dominance on the track, which also saw her become the first flat jockey last year to reach the century mark, included a second Group One success on Trueshan in the Goodwood Cup and a second Royal Ascot victory in June.

The 25-year-old faces the same three riders she beat to the top prize at the last Lesters in 2020: champion flat jockey Oisin Murphy, as well as William Buick and Tom Marquand.

Doyle is also in the running for Female Jockey of the Year and the Flat Jockey Special Recognition award – both of which she won in 2020, when becoming the only the second jockey ever to win three Lesters in a single year.

The nominees for Jump Jockey of the Year include recently-retired Champion Jockey Richard Johnson as well as current Champion Harry Skelton.

Hughes is the runaway leader in this season’s jumps jockeys championship and recently broke his own personal best record for winners in a single campaign (146).

William Buick, Hollie Doyle, Tom Marquand and Oisin Murphy have all been nominated for Flat Jockey of the Year at The Lesters.

Johnson, a four-time champion jockey who retired in April 2021, is also nominated for the Jump Jockey Speical Recognition award, alongside Skelton, Tom O’Brien and Jamie Moore.