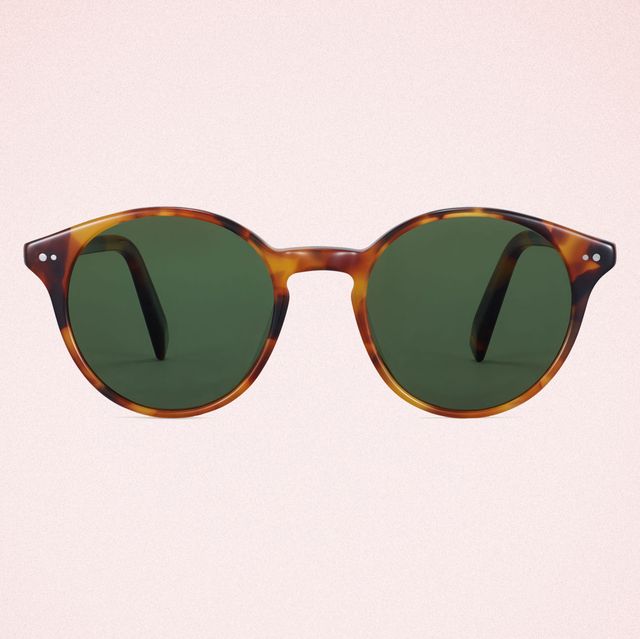 Sunglasses: a huge industry marked by behemoth licensing deals, a constant stream of brand collaborations, and a lot of ad dollars being spent seasonally. In the luxury sector especially, eyewear is one of the cash crows, generating sales that often exceed ready-to-wear, shoes, and bags. Why? Because sunglasses cost less than the other categories, but they impart the same cachet nonetheless. They are a great entryway into the world of the brand. And because they rest on the most visible part of your body, they are able to convey status instantly.

Here’s an example: Two months before I graduated high school, I saw an ad for one of the best sunglasses I had ever seen from a brand that I absolutely respected. It was Prada, and I wanted to celebrate my impending commencement ceremony by purchasing that exact pair. So, a week before I was to wear my cap and gown, having saved every dollar that came my way, my best friend and I visited the store on Madison Avenue (this was before e-commerce was a thing), where I showed the salesperson at the counter a crumpled that I tore from Details magazine. She had the wrap-around frames with thin titanium rims and sizable pitch-black temples in stock, and without hesitation, I bought my first luxury anything. I still remember the cost: $210. That’s a whopping sum for a high school student today, let alone back then. But it was completely worth it. Not only did I elicit oohs and aahs from my fellow classmates on graduation day, I felt incredibly glamorous wearing them.

Yes, I was initially attracted to those sunglasses because they were from Prada, but I am first and foremost a discerning shopper; I don’t get swayed that easily. I’ve always understood that quality (acetate, titanium, or gold frames are the tops for frames; and UV-blocking polycarbonate, a plastic that offers the utmost clarity, for lenses) is even more important than the prestige that certain logos impart. And the best sunglasses brands understand this sentiment. They make great efforts to offer grade-A goods so as to tout their prowess in the hopes of garnering attention from consumers.

So, if you want to know where your trust should lie, take a look at the list of names—from direct-to-consumer retailers to independent eyewear labels to premier fashion brands—that are worth your hard-earned dollar.

OK, so, Huckberry might not be a pure-play sunglasses brand—not by any stretch—but when a company is offering up timelessly styled shades with polarized lenses for a scant $35, you pay attention.

The DTC darling and envy of investors the world over earned its reputation as the gold standard for digital disruptors by not skimping on the details when it comes to its shades.

Oakley’s not just about unabashedly bright wraparound shades anymore (though those do offer exactly the right amount of over-the-top oomph for this era of maximalist menswear). The brand’s classic styles, like the Frogskins you see here, are starting to look real solid right about now, too.

Ray-Ban is the first and last name when it comes to sunglasses, with the catalog of now-signature styles to back it up. If Wayfarers were good enough for Tom Cruise in Risky Business, they’re sure as hell good enough for you now.

Raen may not have the long history of some of the other brands on this list—it started in 2008—but the brand still delivers timeless style in spades. Inspired by surf culture, the California-based company offers up handmade sunglasses that cost a lot less than you’d expect.

One of the few big brands doing sunglasses in the U.S. of A., Randolph produces its signature aviators—built to military specifications, so you know they’re tough as nails—in Massachusetts using a process that takes a whopping 200 steps. Oh, also, the president wears ‘em. So that’s a decent endorsement.

Carrera has been making its signature racing-inspired sunglasses since the ’50s, and a few decades later it received the ultimate stamp of approval: acquisition by Safilo, one of the biggest names in the business.

Founded by Greg Krajecki, Grey Ant’s designs are a study of dualities: chunky and lightweight, minimal and maximal, innovation and nostalgia.

Illesteva runs a small but mighty operation in SoHo, New York. Founded in 2010 by Daniel Silberman, the brand has roughly 50 employees in total, all of whom are committed to offering exceptional frames and lenses that don’t break the bank. And if that doesn’t convince you, know that Bey and Daniel Craig are fans.

A beachside staple, Maui Jim makes sunglasses that live up to the rigors—er, well, maybe not rigors—of spending all day in the blazing sun. Polarized lenses and superlight materials are only some of the features that’ll keep your eyes happy all summer (and fall, and winter, and spring) long.

Founded in 2009 by twin sisters Corianna and Brianna Dotson, Coco and Breezy has produced sunglasses in collaboration with Hershey’s and Ciroc, and even made some for the late, great Prince. If there’s a stronger cosign, I’m not sure what it is.

Sharp, clean lines. Attitude to spare. Exceptional craftsmanship. You could apply all of those things to Alexander McQueen’s ready-to-wear offerings, of course, but it just so happens they’re equally true of the brand’s sunglasses.

Moscot’s been in the sunglasses game for a minute now (and by a minute I mean over a century), and the fifth generation (!) of Moscot family members currently work at the company. Any label that inspires that level of loyalty is worth checking out.

Equal parts weird and wonderful, Gentle Monster is a Korean brand founded in 2011 that consistently pushes the boundaries of design. Its collections celebrate freedom of expression, nod to futurism, and, put plainly, look cool.

A krewe, in New Orleanian culture, is a group of folks that band together to parade during Mardi Gras season. And that’s exactly what Krewe (née Krewe du Optic), the brand, celebrates with its vintage-y frames that are inspired by the Big Easy’s people, iconic landmarks, and lively vibe.

Garrett Leight comes by the sunglasses trade honestly. The son of Larry Leight, the founder of Oliver Peoples, Garrett launched his own namesake label in 2011 after learning the ropes working for his dad’s company, and today makes some of the best sunglasses around.

From nylon bags and to Saffiano leather suitcases to some of the best runway shows in history, Prada always brings the directionality, the elegance, and the timelessness that are the foundations of luxury fashion. The same could be said of its eyewear.

Very few bona fide fashion brands have managed to become as solid a resource for sunglasses as Tom Ford. It helps that the designer himself is rarely seen without a pair these days, and that he’s his brand’s own best ambassador.

Persol is the ultimate in Italian luxury sunglasses. The brand was a personal favorite of Steve McQueen’s ever since the King of Cool showed up to the set of The Thomas Crown Affair rocking a pair of the brand’s 714 shades (a style that now bears his name).

You can always count on the Virgil Abloh-founded Off-White to bring hard-edged industrial design—check out those sharp angles, not to mention the chain-link temple pieces—to the fore.

As creative director of Celine, Pheobe Philo transformed the once-sleepy French fashion house into a critical darling deeply (and I mean deeply) beloved by discerning women around the world. Philo left her position a few years ago, but the technically unisex sunglasses she introduced are still around, and remain some of the best options for men and women alike.

For more than 40 years, Graham Cutler and Tony Gross have let their dynamic designs speak for themselves. In an industry that values prominent branding, the duo shunned logos altogether, instead focusing on the silhouettes and quality of the materials, and accrued a deeply loyal fanbase along the way.

Oliver Peoples’ sunglasses make you think of sun-drenched California days and the seemingly endless opportunities of a long summer weekend. Is there any better endorsement than that (besides, perhaps, a particularly memorable American Psycho shoutout)?

Big, bold, and (sometimes more than) a little quirky? You can always count on Gucci to deliver the goods.

If you want to get just a little wild with your eyewear while remaining in “actually wearable” territory, Jacques Marie Mage is the name to know. The brand makes its sunglasses in Japan in small batches, laboring over every detail to ensure your pair is an investment that lasts.