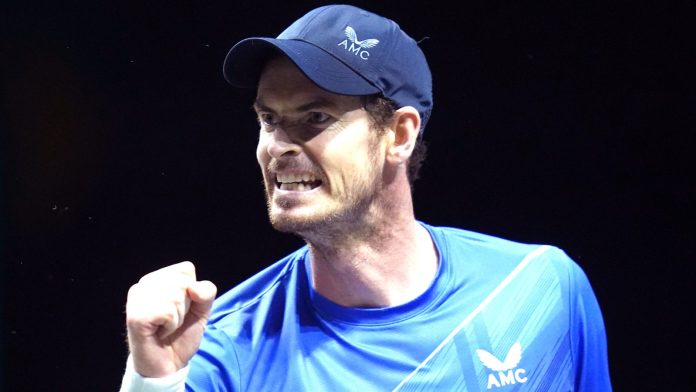 Andy Murray will work alongside Colin Fleming in Doha and then Dani Vallverdu will return to his camp in Dubai; however, the three-time Grand Slam champion says the current situation is “not ideal” as he searches for a permanent replacement following Jamie Delgado’s departure

Andy Murray is still hoping to find consistency in his game as he prepares to fly out to his next tournament in Doha with coach Colin Fleming by his side.

Murray split with his long-term coach Jamie Delgado ahead of the 2022 season before ending his trial period with Jan de Witt following his Australian Open exit to Taro Daniels from Japan.

The two-time Wimbledon champion was working alongside former coach Dani Vallverdu in Rotterdam where Murray went out to young Canadian prospect, Felix Auger-Aliassime on Thursday.

The Venezuelan, who is currently coaching Stan Wawrinka, will join up with Murray again in Dubai, but it is only a short-term fix for the 34-year-old.

“I’m just trying to get a more permanent solution so that I can have consistency in terms of the things that I’m working on because having different messages from people who are working with you each week is not ideal,” Murray said.

Murray, who broke back into the top 100 after a four-year absence, believes he is on the right track.

“I think so because if I look at the beginning of this year and obviously the result [against Auger-Aliassime] didn’t go my way, but there has been some positive signs,” he said.

“It probably won’t happen overnight because some of the mistakes that I’ve been making technically have been probably happening for 18 months or so, so it takes a bit of time to break those habits. I’ll need to put in a lot of work on them to change that.”

Who is Colin Fleming?

The Scot won eight ATP Tour doubles titles and is a childhood friend of Murray’s. He grew up next door to Linlithgow Tennis Club in West Lothian and is a big fan of Partick Thistle.

The Delray Beach Open in Florida was one of his best wins at doubles, while winning gold alongside Jocelyn Rae in the mixed event at the 2010 Commonwealth Games in Delhi was arguably his biggest achievement.

He has also partnered both Andy and Jamie Murray at doubles.

Fleming retired in 2017 to take up the new position of national coach for Tennis Scotland before becoming Billie Jean King Cup coach in 2019. In 2021 he was placed as interim head coach of the GB National Tennis Academy.