Home World Recurring Stomach Pain? It Could Be Abdominal Migraines 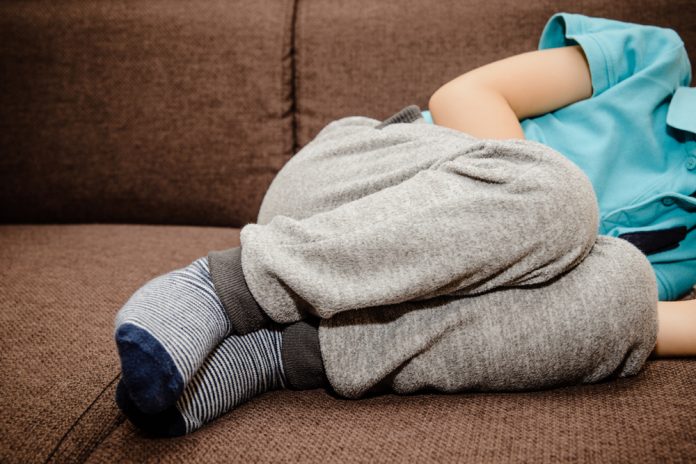 When you think of migraines, head pain likely comes to mind. A migraine is a neurological disease that can bring on nausea, vomiting and light sensitivity. Its main symptom is agonizing head pain. But, it turns out, this ailment can inflict the abdomen as well, particularly in children.

“[Abdominal migraines] are fairly common and pretty underdiagnosed,” says Lindsay Elton, a pediatric neurologist in Austin, Texas. “Families will come in and say they thought their kid was getting a lot of stomach bugs, but it was happening too regularly for that to make sense.”

What Are Abdominal Migraines?

Abdominal migraines aren’t like typical headache migraines. In fact, people who have abdominal migraines rarely even have head pain. Instead, the pain is located in the belly, usually centered around the belly button. It’s often described as an achy or sore feelings, like a stomach ache, but it can feel different depending on the person.

Abdominal migraines affect 0.2 to 4.1 percent of children. “We tend to see them in younger kids, usually elementary school-aged, and up until early middle school,” says Elton. It’s rare to see them occur earlier, but it does happen.

Abdominal migraine attacks tend to get better as kids get older, sometimes disappearing completely. But about 70 percent of kids will go on to have classic migraine headaches.

Pre-adolescent boys tend to have higher incidences of migraines, but as kids progress through puberty, more girls are affected by migraines, and boys tend to grow out of them, according to Elton.

“It would be interesting to know what that looks like with just pure abdominal migraine attacks,” says Elton, “[whether] those kids skew out to a higher incidence of migraine headaches in girls; I would imagine it does.”

If a child hasn’t had a GI workup, many neurologists will make a referral in order to rule out other possible causes, such as Crohn’s disease, irritable bowel syndrome and cyclic vomiting syndrome. GI specialists might do an endoscopy, ultrasound, blood work or stool studies.

According to the International Classification of Headache Disorders 3rd edition (ICHD-3), to meet the diagnostic criteria for abdominal migraines, a child has to have:

“The diagnosis isn’t a difficult diagnosis. It has clear diagnostic criteria, but you do actually have to sit down and take a history from somebody,” says Elton.

Good self-care is the best prevention for abdominal migraines. Sleep, nutrition and hydration go a long way in managing the symptoms. “Staying well-hydrated is of paramount importance,” says Elton. Sometimes, the only prescription her young patients leave with is a daily water intake goal. With these lifestyle changes, she thinks half of her patients’ symptoms become significantly improved.

Stress is often a common trigger as well. There haven’t been many studies on using cognitive behavioral therapy (CBT) to help lessen abdominal migraine attacks in kids, but some research supports CBT for treating migraine headaches in children.

Certain foods can also be triggers. Food preservatives such as MSG, dyes (red dye in particular) and nitrates seem to cause migraines, as well as tyramine, which is present in parmesan and other aged cheeses. If your child is having frequent episodes, you might consider removing these from their diet for a few weeks, one at a time, and see if migraine attacks become less frequent or less severe.

Other Ways to Treat Abdominal Migraines

The sooner you can treat migraines, the sooner you can prevent symptoms. Over-the-counter (OTC) pain relievers such as Tylenol and ibuprofen, or anti-nausea medications can be great options.

Prescription medications for migraines are generally safe and effective. Daily preventative medications are usually reserved for kids who have more than four attacks in a month, or whose attacks last for several days or cause them to miss school, says Elton.

Certain supplements have been reported to have some success in treating migraine symptoms. While magnesium is backed by the American Migraine Foundation, it can cause stomach upset, which makes Elton more hesitant to use it with her patients. Vitamin B2 might help prevent migraine symptoms according to a 2021 Nutritional Neuroscience study. According to Elton, there’s no data showing its usefulness for abdominal migraines in particular, but it may help some children and it’s considered a low-risk medication to try.

Demystifying abdominal migraines and receiving a diagnosis is important, Elton says, because it can make the pain less scary and ease concerns in parents about their children. It’s also a vital step toward valuable treatment. “To feel like you have a handle on it and a game plan is quite helpful,” Elton says.