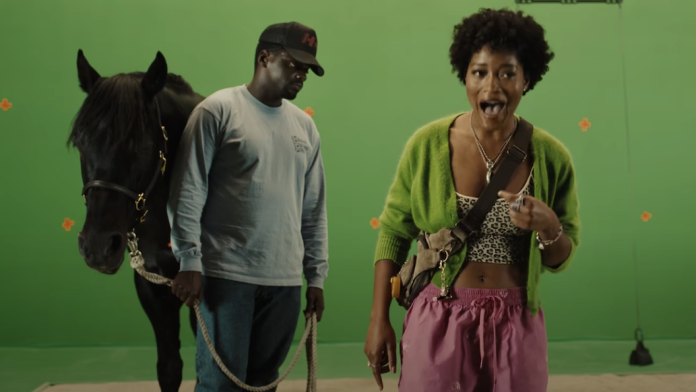 Jordan Peele has announced his new film called NOPE. Peele’s latest entry in the horror genre arrives July 22, and stars Get Out lead Daniel Kaluuya, Keke Palmer (Hustlers, Alice), Michael Wincott (Hitchcock, Westworld), and Brandon Perea (The OA). Peele wrote and directed the movie, which seems to take place on a desolate film set subjected to a mysterious, supernatural invasion. Universal Pictures describes NOPE as an “expansive horror epic” that ponders the question: “What’s a bad miracle?” Check out the trailer below.

In 2020, Peele cast Sky Ferreira in Peele’s reboot of the The Twilight Zone and announced he would be co-producing a new film called Sinkhole with Issa Rae. Peele won the 2018 Best Original Screenplay Oscar for his film Get Out. In 2017 Chance the Rapper famously rented out an entire theatre to screen the film for free.