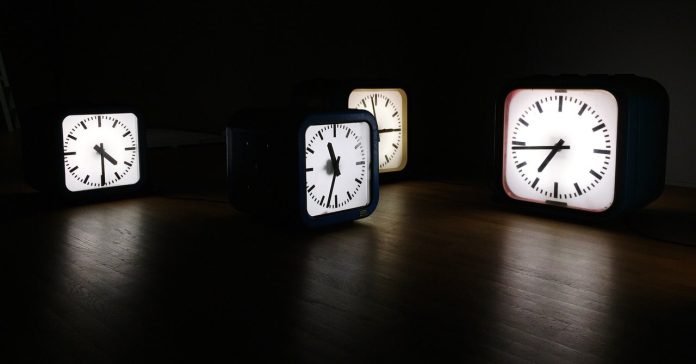 If you look at the time-use diaries of mothers and fathers, mothers’ working hours are tainted, especially during the pandemic. But fathers are relatively protected because of their roles. And children won’t expect fathers to be available when working from home, whereas they expect mothers to be mothers first. This is why employers will stigmatize mothers homeworking, and they might not for fathers.

I can imagine a progressive woman reading this and thinking, “That’s not how it is in my house. I’m the breadwinner, and my husband does the laundry.” In what ways could she still be affected by the gendered flexibility paradox?

Obviously, there’s some variation. But you’ll probably find that women, when given the flexibility, will try to squeeze in as much housework and childcare, and weave in as many activities as possible, whereas fathers either won’t, or use the excuse that their employers won’t let them. A lot of employers won’t let mothers do that either. But mothers have no other option, so they might do it behind their bosses’ backs or they have to change jobs or drop out of the labor market altogether.

You write that flexible work frees up “mothers’ labor for free” and “relieves governments of the need for a social response.” Was flexible work a consolation prize for working mothers who were demanding more government support?

It’s not a consolation prize, per se. But if you really want to push a lot of women into the labor market, you need to free them up because there’s only 24 hours a day. In Sweden and Denmark, children at age 1 have access to high-quality, affordable daycare. But childcare in the US and UK is extortionately expensive. If you give women the opportunities to work from home as well as flextime, we see that mothers can maintain their labor market position after having children, and if you don’t give them that, about half of mothers will drop out, especially if they don’t have very-high-quality, cheap childcare.

Are there countries you think are models for healthy approaches to flexible work?

In the northern European countries, where gender egalitarian norms and work-life balance norms are more prevalent, and family-friendly benefits are seen as the norm, you don’t see the flexibility paradox or the flexibility stigma as much. Workers have strong negotiation power and a very secure social security net, which will provide up to 80 percent of your income when you’re unemployed. These are contexts that help shape people’s attitudes toward the centrality of work.

You write about flexible work leading not just to overtime, but to blurring of boundaries between work and life, which can lead to what you call cognitive spillover, where people constantly think about work. What are some of the new laws that start to address this?

I think the right to disconnect is really crucial. This isn’t necessarily just about managers. If people respond to email just before bed or just after waking up, everybody starts unconsciously marching toward that always-on, always-available kind of culture. The right to disconnect helps workers not be exploited by employers, but also helps stop that culture from developing.

“The right to disconnect is really crucial.”

Another thing is just general protection of workers. One reason why we are worried about work is there’s a high level of insecurity and lack of bargaining power. The European Commission introduced a series of policies barring discrimination against people who take up flexible working arrangements for parental needs. But there’s also general protection, like making sure that workers are secure through better collective bargaining protections, and better legal protection in terms of job security.

You don’t dispense a lot of self-help-y advice, since there are so many books on the subject. But are there any tips that you picked up that worked especially well for you?