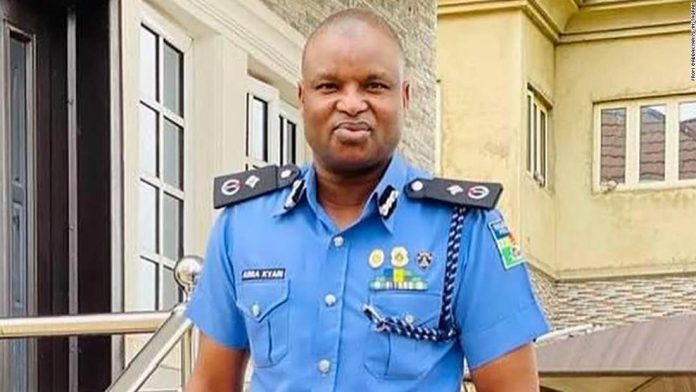 Kyari was suspended last August following an FBI indictment linking him to confessed money launderer Ramon Abbas, also known as Hushpuppi.
A spokesperson for the National Drug Law Enforcement Agency (NDLEA) told a press conference in the capital Abuja that they “strongly believe” that Kyari is part of an international drug ring and was involved in a 25kg cocaine deal.
“With the intelligence at our disposal, the Agency believes strongly that DCP Kyari is a member of a drug cartel that operates the Brazil-Ethiopia-Nigeria illicit drug pipeline, and he needs to answer questions… in an ongoing drug case in which he is the principal actor,” said NDLEA’s Director of Media and Advocacy, Femi Babafemi.
He added that Kyari had failed to honor the NDLEA’s summons. CNN has made multiple attempts to reach Kyari for comment on the allegations.
Kyari was Nigeria’s most decorated cop and a Deputy Commissioner of Police in charge of the Force’s Intelligence Response Team (IRT) until his suspension. He was conferred with a Presidential medal for courage from Nigeria’s President Muhammadu Buhari in 2016.

Last year, Kyari, was indicted by the FBI for allegedly making an arrest at the request of Instagram influencer Ramon Abbas, who pleaded guilty to charges of money laundering through cybercrime schemes, the US Justice Department said at the time. Abbas is awaiting sentencing by a US court.
Kyari denied the FBI claims in a now-deleted Facebook post. A Nigerian police spokesman told CNN last year that they had received an indictment for Kyari from the FBI and an internal investigation had been ordered. Kyari was subsequently suspended pending internal investigations, the police said in a statement.
Nigeria’s Attorney General told local media last week that Kyari’s extradition to the United States would be considered if required.
“The position now is that there are … reasonable grounds for suspicion that have been considered from the perspective of prosecution, from the perspective of likely extradition, if the need for so doing arises,” said Abubakar Malami, who is also Nigeria’s justice minister.