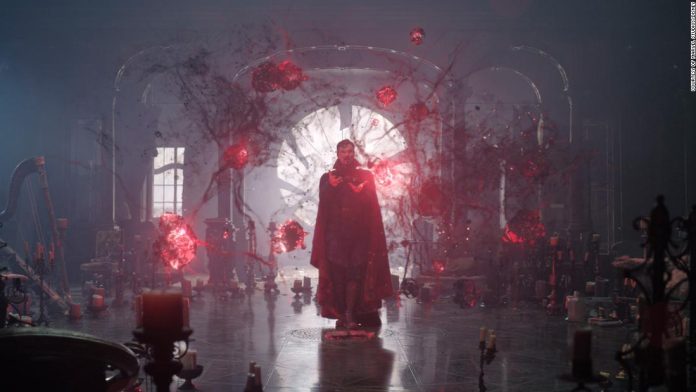 The movie is set after the events in “Spider-Man: No Way Home” and “Avengers:Endgame.”
An official synopsis for the movie reads: “After the events of ‘Avengers: Endgame,’ Dr. Stephen Strange continues his research on the Time Stone. But an old friend-turned-enemy puts an end to his plans and causes Strange to unleash unspeakable evil.”
Doctor Strange will “confront a mysterious new adversary” in the film.
The movie stars Benedict Cumberbatch in the titular role, Chiwetel Ejiofor, Elizabeth Olsen, Benedict Wong, Xochitl Gomez, Michael Stühlbarg and Rachel McAdams.
It is directed by Sam Raimi.
See the trailer here.

‘She-Hulk’ is big and colorful, but the Marvel comedy is too...