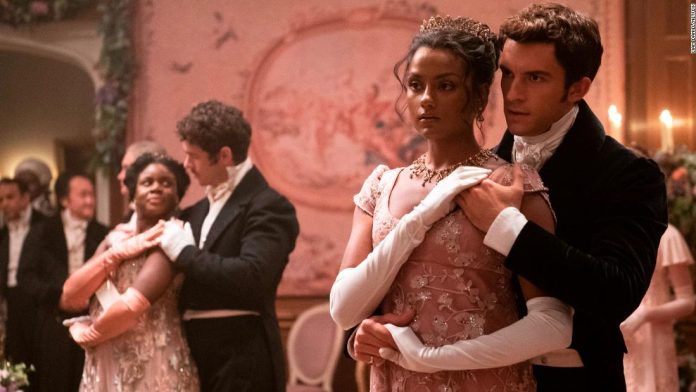 A teaser trailer dropped Monday and it did not disappoint.
It starts with a voice over by Julie Andrews, who serves as the voice for “Lady Whistledown.”
“Dearest gentle reader,” she asks. “Did you miss me?”
For those who have yet to watch the first season of the wildly buzzy series, “Lady Whistledown” is the author of a scandalous paper which spills all the tea on the wealthy.
It looks like the gossip chronicler will have plenty to tell in the new season.
There’s the heated romance between Anthony Bridgerton (Jonathan Bailey) and Kate Sharma (Simone Ashley), along with plenty of action.
All of which is sure to be documented by “Lady Whistledown,” whose identity we won’t spoil here for those who have yet to watch the first season.
She sounds like she’s going to make it worth our while with the new episodes as she says she’s been “honing my skills.”
“No even better,” she adds. “I’ve been sharpening my knives.”
Pretty sharp.
You have some time to catch up, as Season 2 premieres March 25 on Netflix.