Home Culture Whoopi Goldberg returns to ‘The View’ after suspension 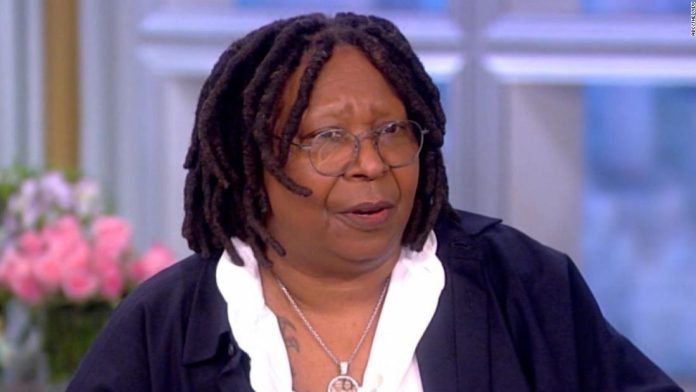 “There’s something kind of marvelous about being on a show like this because we are ‘The View,’ and this is what we do,” Golberg said in her return Monday. “Sometimes we don’t do it as elegantly as we could, but it’s five minutes to get in important information about topics. And that’s what we try to do every day, and I want to thank everybody who reached out while I was away.”
She added, “It is an honor to sit at this table and be able to have these conversations because they’re important. They’re important to us as a nation, and to us more so as a human entity.”
Goldberg did not mention her suspension specifically.
The comedian and host drew outrage two weeks ago on “The View,” saying during a roundtable discussion about a Tennessee school district decision to ban “Maus” that “the Holocaust isn’t about race” and that it involved “two White groups of people.”
She later apologized on social media and addressed the matter on air the next day.
“I said the Holocaust wasn’t about race and was instead about man’s inhumanity to man,” Goldberg said on the February 1 episode of “The View.” “But it is indeed about race because Hitler and the Nazis considered Jews to be an inferior race.”
Later that night, Goldberg was suspended by the network.
In a statement to CNN at the time, ABC News president Kim Godwin bluntly described Goldberg’s comments about the Holocaust as “wrong and hurtful.”
“While Whoopi has apologized, I’ve asked her to take time to reflect and learn about the impact of her comments,” Godwin said. “The entire ABC News organization stands in solidarity with our Jewish colleagues, friends, family and communities.”
Goldberg made only brief reference to the controversy on Monday’s episode before moving on to topics of the day.
“We’re going to keep having tough conversations,” Goldberg added. “In part, because that’s what we’ve been hired to do.”

CNN’s Harmeet Kaur and Oliver Darcy contributed to this report.