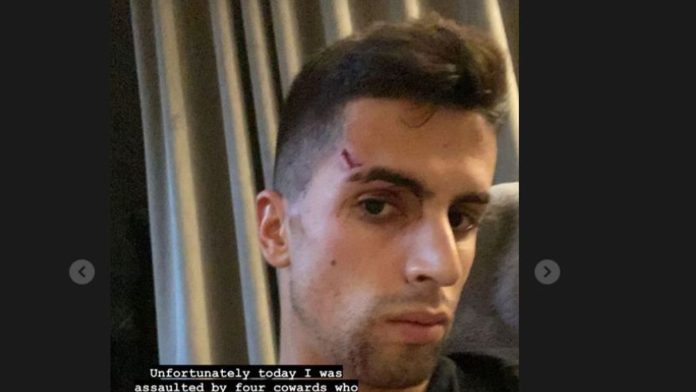 Manchester City defender Joao Cancelo has opened up about the “horrific” home invasion in which he was assaulted at the end of December, saying it has deeply affected his family.

The Portugal international was the victim of a robbery at his home just after Christmas and later shared a picture of himself on Instagram with a cut above his eye, saying the aggressors also tried to harm his family.

The 27-year-old said in December that none of them were hurt in the incident, and added that the four attackers had taken jewellery from his house.

“That’s life. It happens in life. It was horrific. It terrorised my whole family,” Cancelo told reporters when asked about the burglary before Tuesday’s Champions League clash against Sporting Lisbon.

“I know how to deal with this. But my family didn’t deserve to go through that.”

Cancelo, one of City’s standout performers, signed a contract extension this month committing him to the league leaders until 2027 and says he is trying to maintain a positive outlook on life.

“There have been lots of obstacles in my life and I’ve had to get over them,” he said. “I’ve got to play on today. I’ve become a stronger player mentally. That’s how I want to keep going on.

“However much I can drop my head, as much as people try and make me suffer, they won’t achieve it.

“I always like to try and think positively. That’s how I can lead my life in the best way possible.”

Manchester City manager Pep Guardiola has reiterated he is unfazed by the idea that there is excess pressure on his side to win the Champions League this season.

City lost 1-0 to Chelsea in last season’s final in Porto’s Estadio Dragao on May 29 2021, with Kai Havertz’s goal three minutes before the break enough to earn the Blues a second title in 10 seasons.

Guardiola twice triumphed in the competition during his time in charge of Barcelona, but could not take Bayern Munich further than the semi-finals during his three years in Germany and has so far been unable to deliver the jewel in the crown of European football in Manchester.

Last week, the Spaniard argued those who suggested that, without a European title, his time at the Etihad has been a failure, were ‘jealous’ of City’s success elsewhere.

FREE TO WATCH: Highlights from Manchester City’s win at Norwich in the Premier League

He said: “You can ask as many times as you want [about the pressure]. Does it bother me? No.

“We are here, we are in the Champions League. It is an honour, a pleasure to travel to Portugal to try to compete well and try to win the game. [What happens] on the grass will dictate our chances. At the end, it is [down to] the players on the pitch.

“I have been in the business as a manager – we are exposed and get punished by the criticism when you don’t get results. No just me, all the managers. It is not absolutely a problem. Otherwise you have to decide to do another job.”