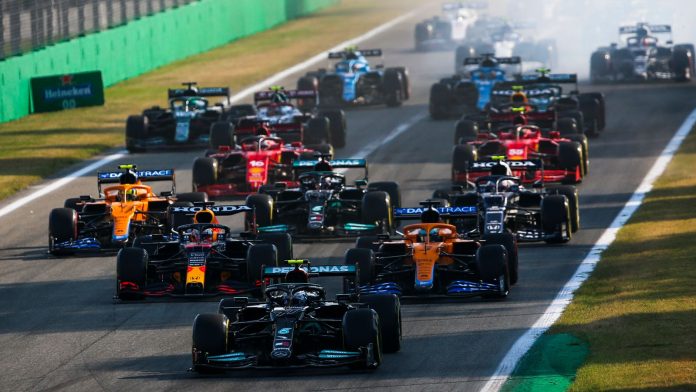 Sprint events will take place in Imola, Austria and Brazil – while the top eight finishers will all score points for the shortened race, which sets the grid for Sunday’s Grand Prix

Formula 1 will hold three sprint races this year after a compromise was found over money concerns, while the events will also offer more points.

A success last year in increasing action and excitement with a grid-setting short Saturday race, F1 had originally intended to double the amount of sprints to six in 2022, although the top teams were understood to have wanted an increase to the cost cap to facilitate the extra running.

Not willing to budge on its budget cap, F1 offered a compromise of three sprints – and that was approved ‘unanimously’ at the F1 Commission meeting on Monday.

There will also be a change to the points-scoring system. Last year when the format was trialled, only the top three drivers scored points, with three points for the winner, two for second and one for third.

This season the winner of the shortened race – which determines the grid for Sunday’s Grand Prix – will now receive eight points with seven for second and so on down to one point for eighth place.

Meanwhile, the FIA confirmed that no points will be awarded unless at least two laps have been completed without a safety car.