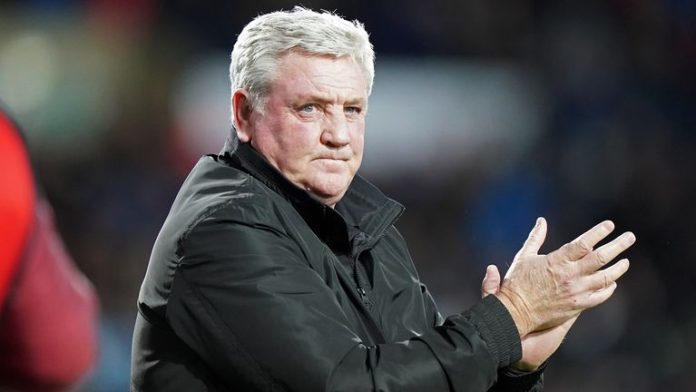 Steve Bruce’s first home game in charge of West Brom ended in a 0-0 draw against promotion-chasing rivals Blackburn at The Hawthorns.

Bruce enjoyed a warm reception from the home supporters but he was reminded how difficult his task will be after his side failed to break down a determined Rovers side.

West Brom had the better of the chances as goalkeeper Thomas Kaminski denied Andy Carroll, while Adam Reach was foiled by a desperate clearance from Tyrhys Dolan near the end.

Rovers striker Ben Brereton Diaz limped off with what appeared to be a foot injury in the 70th minute, to be replaced by Reda Khadra.

Blackburn – who remain third in the Sky Bet Championship and four points behind the automatic promotion places – were forced into a change before kick-off.

Centre-back Daniel Ayala was ruled out with a calf injury and Joe Rankin-Costello was promoted from the bench, with James Brown making up the substitutes.

Brereton Diaz had the ball in the net in the sixth minute but he was clearly offside and action was thin on the ground as both teams struggled to create chances in the first half.

Karlan Grant was inches away from converting Darnell Furlong’s cross for eighth-placed Albion at the far post as he slid in.

The Baggies created the first on-target chance when Carroll forced Kaminski to palm away an angled drive after cutting inside when the goalkeeper should really have held the ball.

Furlong was next to threaten but his free-kick went the wrong side of the side-netting as he tried to surprise Kaminski.

Another Albion free-kick, this time swung in by Alex Mowatt, was headed comfortably over the bar by Matt Clarke.

Blackburn failed to create anything in the first half, although it took a vital diving header from Furlong to clear the danger from Rankin-Costello’s cross, with Sam Gallagher shaping to shoot.

Albion had the ball in the net in the 50th minute but Conor Townsend was clearly offside as he challenged Kaminski before Clarke headed home.

Blackburn were much more of a threat in the second half and successive corners from Joe Rothwell saw headers from Jan Paul Van Hecke then Scott Wharton arrow off target.

Brereton Diaz was again denied a goal by the offside flag when he netted with an angled volley, but replays proved the decision was correct.

The 20-goal striker had Rovers’ first on-target effort in the 66th minute with a low drive that was straight at Sam Johnstone.

Khadra wasted no time making his presence felt with a jinking run past Jayson Molumby and Furlong on the touchline before firing straight at Johnstone.

Carroll was denied by a fingertip save by Kaminski with a header, then an aerial effort by Reach was hacked away by Dolan.

Bruce: We need to improve

Steve Bruce reflects on his new side’s 0-0 draw against Blackburn this evening.

Mowbray: We forgot to play in first half

Tony Mowbray says his side improved in the second half despite not doing enough to get the three points in their 0-0 draw against West Brom.

Both teams are back in action at 3pm on Saturday February 19. West Brom travel to Kenilworth Road to face Luton, while Blackburn entertain Millwall at Ewood Park.