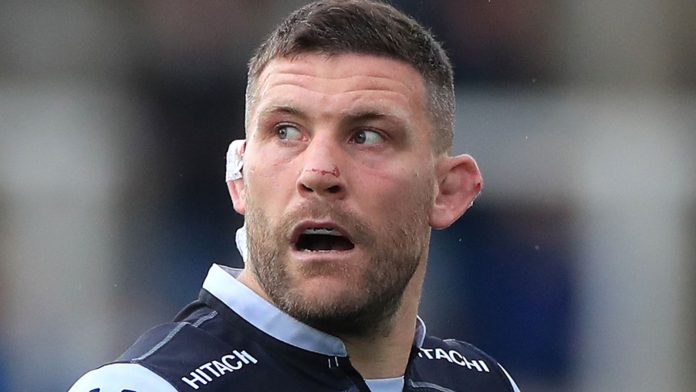 Mark Wilson scored 42 tries in 237 appearances for Newcastle Falcons; the flanker won 23 caps for England; Wilson: I’ve taken the decision to retire from rugby. It is a decision that has been hard to make, but it is the right one for me and my family right now.”

The Newcastle Falcons captain was restricted to one appearance this season due to a knee injury which forced him to “reassess where I am from a career point of view”.

A product of the Newcastle academy, Wilson played 237 games for the Falcons, scoring 42 tries.

He also won 23 caps for England and came on as a replacement in the 2019 Rugby World Cup final defeat to South Africa.

“I’ve taken the decision to retire from rugby. It is a decision that has been hard to make, but it is the right one for me and my family right now,” he said.

“I’ve been involved with the Falcons since I was a 14-year-old coming over from Kendal for academy training, and I’ve got some amazing memories. You never really know how you’re going to end your career, but for me, this is my time to call it a day.”

Having undergone knee surgery last September, Wilson made his Newcastle return with a 14-minute cameo against Gloucester last month.

“My injury has made me reassess where I am at from a career point of view,” he said.

“That has been in the background and been in my thoughts quite a lot, and while it hasn’t been the case that the injury has physically ended my career in its own right, it has certainly been one of the main things which has added to my decision.”

Newcastle director of rugby Dean Richards said: “We’re all gutted and disappointed that Mark is retiring from rugby, but he has made a massive contribution to this club.

“He epitomises what we are about as someone who has come through our academy system, and can look back and be proud about what was a fantastic career.

“I’m sure I speak for everybody associated with the Falcons when I say a heartfelt thank you for everything he has given us during his time here.

“Mark is a team man who has put his body on the line time and time again, he embodies our homegrown philosophy and we all felt an enormous sense of pride when he went on to do so well on the international stage.

“He has inspired so many local youngsters by coming through our academy and reaching such heights, and I’m sure he won’t be a stranger around the place.”