Home Sport Hatton: Will Khan get drawn into KO by Brook? 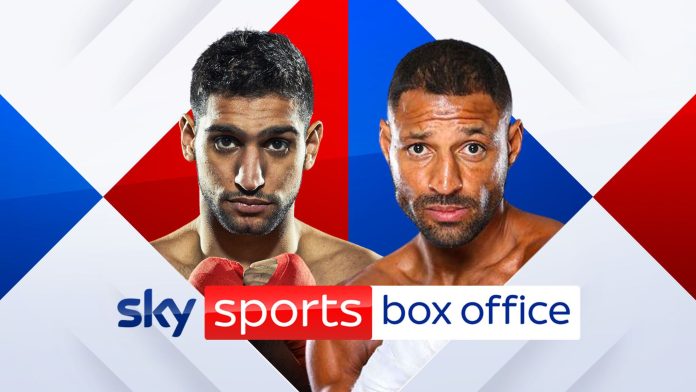 Amir Khan must not be tempted to trade dangerous punches with Kell Brook because he will be knocked out, Ricky Hatton has warned.

Khan and Brook finally step into the ring to settle one of British boxing’s longest-standing grudges on Saturday in Manchester, live on Sky Sports Box Office.

Hatton, the Manchester boxing legend, says that Khan’s speed will be a factor if he avoids a brawl: “Maybe it should have happened a few years ago but I think it’s an even better fight now.

“As you get older you don’t have the same stamina or speed.

“Amir has the speed, the boxing ability, the footwork and movement to give Kell trouble. But Amir gets drawn into a fight – and that’s why we love him!

“As he gets older Amir might go into the trenches early which will make for a great fight.

“From rounds six, seven, eight and nine – Amir can get drawn in.

“Then it shifts into Kell’s favour.”

Khan and Brook traded insults on a spikey episode of The Gloves Are Off and will cross paths for the first time this week at Wednesday’s public work-outs.

Hatton remembered provoking Floyd Mayweather during his own grudge match: “Amir is playing mind games. With Mayweather when we did our press conference, I made jokes which upset Floyd. On the train back to London, steam was coming out of his ears!

“I went a little bit over the top at the weigh-in.

“You need to stay cool, stay confident, stick to the game-plan.

“Amir has had a few digs at Kell. I don’t think Kell is falling for it.”

The two former world champions will clash in a fascinating fight which also pits Yorkshire against Lancashire.

“The build-up has been brilliant,” Hatton said. “They just don’t like each other, do they?

Ahead of Amir Khan vs Kell Brook, Johnny Nelson analyses the pair’s long-standing rivalry and where the fight could be won and lost.

“Amir is trying to get under Kell’s skin with a few comments which are naughty.

“They both look in great shape and confident.”

Brook has prepared in Fuerteventura – his usual destination – with long-term trainer Dominic Ingle, while Khan has sought out Terence Crawford’s trainer Brian ‘BoMac’ McIntyre in Omaha.

“Being in Crawford’s camp is a fantastic thing,” Hatton said. “Crawford is flying.

“But Ingle has been with Kell since day one. I’d have stayed with Billy Graham until the end of my career [if possible].

“I had a new trainer in Floyd Mayweather Sr and it can revitalise you – it can give you a spring in your step.”