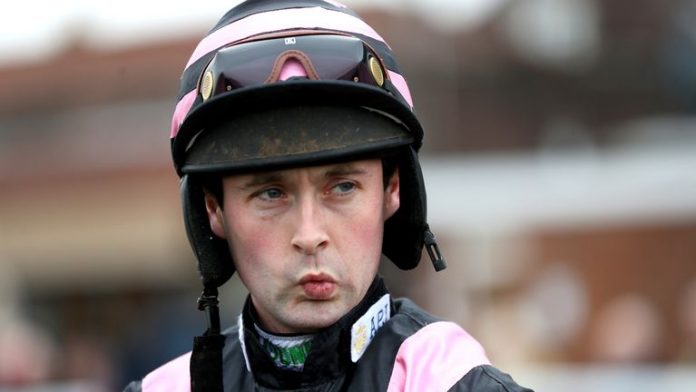 On the surface Nico de Boinville presents himself as one of the coolest jockeys on the circuit, but a gentle dig into his journey from university dropout to top man at Nicky Henderson’s powerhouse yard reveals a more complicated story.

Indeed, it was “youthful impatience” which very nearly sent De Boinville down a very different path, just a week before tasting the first notable success of a career which has since included 31 Grade One victories, more than any other current British jumps jockey.

De Boinville lasted just six weeks at Newcastle University, hating every minute of his time away from a riding-dominated life at home.

The following summer he headed to work at Henderson’s Seven Barrows yard but, with top stars AP McCoy and Barry Geraghty taking the pick of the rides, success came slowly.

“I turned up here at Seven Barrows in 2009 as just a stable lad,” De Boinville says. “It was all about seeing where I could go with it.

“I wanted to be a jockey but it doesn’t just happen. I came in thinking: ‘Let’s give it a go and see where we end up’.

“I’d ridden in a couple of Flat races in France and a couple of point-to-points, I was very green and didn’t really have a clue what I was doing.

“It took a lot of working out. I had to go home and figure out where I was going wrong. I had one ride in my first season here and it didn’t go very well.”

‘I handed in my notice, I was done’

De Boinville reveals how close he came to quitting his job at Nicky Henderson’s yard in 2012, just three years before going on to win the Gold Cup at Cheltenham.

Three further seasons passed without much joy – he rode just two winners in 30 rides between May 2009 and April 2012 – leaving 22-year-old De Boinville to explore his options elsewhere.

“I was getting agitated,” De Boinville reveals. “If things didn’t start happening soon then that would’ve been me gone.

“Because I’d enjoyed my time in France so much I thought: ‘Maybe I’ll go back there and see what I can do’.”

Resignation letter signed, only a late intervention from ‘the boss’ halted a dramatic exit. Just days later De Boinville would get his big break.

He explains: “The week before Petit Robin won the Listed race on Tingle Creek day, I went to the boss [Henderson], handed in my notice and said: ‘I’m out of here. Done’.

“I was prepared to give it all up and go because I felt I had to make my own luck. It was youthful inpatience.

“Luckily the boss said: ‘No, you’re not leaving’.

“The next day I was declared on a horse called Cucumber Run at Newbury which came second and it just went from there.”

Better rides and more frequent opportunities began to fall into De Boinville’s lap and his reputation was enhanced further with victory at the 2014 Cheltenham Festival in the Grade Three Coral Cup on the Henderson-trained Whisper.

Having attracted the attention of other trainers, the 2014/15 season saw De Boinville earn the spot on exciting novice chaser Coneygree for Mark and Sara Bradstock.

A first Grade One victory followed in the Kauto Star Novices’ Chase at Kempton, before a fairytale success in the 2015 Cheltenham Gold Cup.

“The Bradstocks [trainers Mark and Sara] are such loyal people and they persuaded the owners that I could still do it because I’d just lost my claim as well,” De Boinville says.

“In the lead-up to Cheltenham I’d lost the ride on Coneygree to Dicky [Richard Johnson] because I was banned for the Denman Chase and I thought that was my chance gone.

“I was very glad I’d rode a winner at Cheltenham the year before [Whisper, Coral Cup] because then I was able to take it all in and enjoy it for what it was.”

Until this year, Coneygree’s Gold Cup triumph had been De Boinville’s greatest day in the saddle and it would take a race for the ages to top such a success.

Shishkin’s epic clash against previously unbeaten chaser Energumene in the Clarence House at Ascot had been billed as the meeting of the season and it did not disappoint.

With Shishkin’s perfect record over fences also on the line, De Boinville had to keep his cool as his mount survived a bad stumble on landing after the sixth fence

“I wanted to line up and get a good start,” De Boinville reflects. “I knew at some stage Bassy [David Bass, riding First Flow] would want to go forward and keep the pace true so it was just a case of keeping tabs on the pair of them and trying not to get knocked over. I wanted to keep it as fluid and fluent as I could.

“Paul [Townend, riding Energumene] injected a bit of pace going down the hill. He knew that if I was going to get into any sort of trouble it could have been there.

“It [the stumble] happened so fast that the next thing you know you are at the next fence and away you go.

“It’s so rapid that it may look a big moment to you but to me we’re back going again so quickly.”

Still behind as the pair battled to the last fence, De Boinville again did not panic and steadied Shishkin into it, rather than make a riskier leap, before rallying his mount in the final strides for a memorable victory.

“Shishkin is also very quick when he is in tight and quick away.

“I would love to have met it on the perfect stride but there was no stride there. You still keep the revs up and you’re still going forward. He landed running and that was that.”

A rematch between Shishkin and Energumene in the Queen Mother Champion Chase could well offer the highlight of this year’s Cheltenham Festival.

Before that, all eyes will be on the opening contest of the four-day meeting where De Boinville is set to take the ride on Supreme Novices’ Hurdle favourite Constitution Hill for Henderson.

“It looks fantastic and really strong in depth,” De Boinville says. “It’s going to be a great race again.

“He [Constitution Hill] is very good at home. You put him upsides [another horse] and he seems to come alive. He has felt fantastic and all the form is stacking up.”

Amid the excitement and noise of Cheltenham’s curtain-raiser, there will be at least one calm character, wearing the colours of Constitution Hill’s owner Michael Buckley.

Asked how he keeps his cool in such high-pressure moments, De Boinville says: “When I’m in a competitive environment on a horse, I have always seemed to have that.

“Of course, I have my moments, but it’s about learning how to let those things go and accept the situation for what it is.

“To do what we do I don’t think you can be a completely balanced individual. To get to the top of any sport, I believe there has to be a few kinks here and there.”

Watch ‘Inside the Mind of Nico de Boinville’ on Sky Sports Racing on Wednesday, February 16 at 10am and 10pm