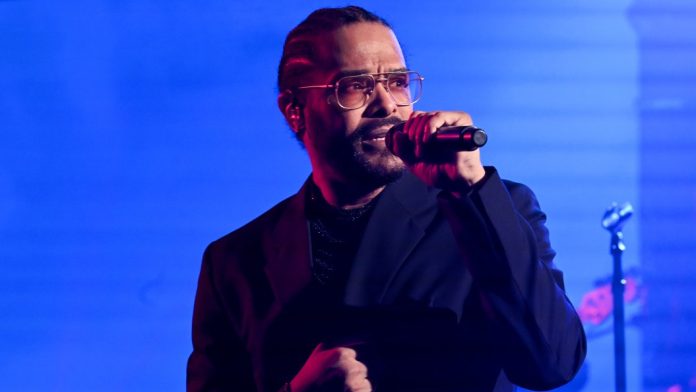 Maxwell appeared on The Late Show With Stephen Colbert to perform his song “Off.” He also offered “precise advice” for viewers who wrote in with various Valentine’s conundrums, many involving his own romantic status. Check out video of both below.

In November, Maxwell performed “Bad Habits,” “Lifetime,” and “Sumthin’ Sumthin’” at the 2021 Soul Train Awards; he was also given the Legend award for lifetime achievement. Earlier that month, he had announced said his long-awaited LP blacksummers’NIGHT would come out this spring—three years after its originally slated 2019 release date. Maxwell is set to head out on a headline tour of America in March.

Check out “Maxwell, Cat Power, and 5 More on Their Favorite Nina Simone Songs” on the Pitch.

On the Front Lines of Florida’s Fight Against Pythons

‘She-Hulk’ is big and colorful, but the Marvel comedy is too...