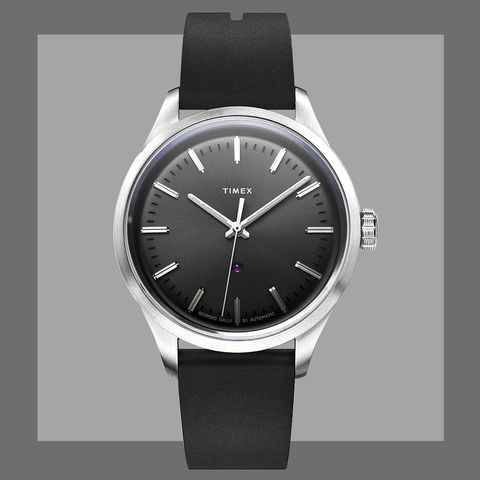 “Small things make a huge difference,” Giorgio Galli tells me from his design HQ in Milan in late 2021. It’s a truism for design in general, but nowhere does it play out so obviously than in the world of watches. In fact, it’s why Galli—the chief creative director for Timex Group—and I are talking in the first place. Two years after the debut of the Timex watch that bears his name, the 41mm Giorgio Galli S1, he’s releasing a new signature timepiece. The big news? It’s three millimeters smaller.

The Giorgio Galli S1 Automatic 38mm—he calls it the “S1 38,” and I’m going to do the same—is exactly what you’d guess, going by the name: a scaled down version of its predecessor, measuring in at what many (including us here at Esquire) consider the sweet spot for watches in 2022. “It wasn’t really breaking the S1,” Galli explains. “It was just evolving into something else.” But thanks to the precision baked into the watchmaking process, what sounds like a simple task quickly became a lot more complicated. “At the end,” Galli says, “it became quite a big project to keep the essence and the philosophy of the S1.”

The original version of the watch is all about flow, reflection, the interaction between positive and negative space. Central to that was the way the rounded crystal met with the curvature of the injection-molded steel case. By dropping those three millimeters, the lines changed entirely. So Galli got to work bringing them back into balance. In so doing, he discovered something that’s likely the best bit of news about the S1 38, at least for watch nerds: He could change out the mineral glass that Timex had been using for a proper sapphire crystal. And he could do it while keeping the price stable at $450.

Beyond that, the biggest changes come via the colors. While the original S1 released with a brushed silver dial, the S1 38 comes in earthy green, dark gray, and deep blue—all shades drawn from nature and Galli’s love of photography. Part of that was a conscious decision to ensure the S1 38, as Galli says, “has its own life.” But in another interesting and unexpected development as the design process moved along, “strange enough, when I tried a light color, it wasn’t nice. Darker looks a lot better.” 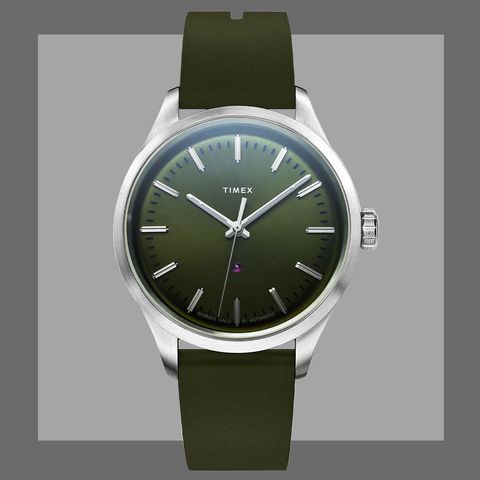 When you get down to the rest of the brass tacks, you’ve got a watch that has pretty much the same value proposition as the original. That is: a lot of bang for the buck. While $450 is certainly high by Timex standards, it’s a remarkably low figure in the greater ecosystem of mechanical timepieces that tend to start at four figures and stretch ever upward from there. And for the price, you get a Miyota 9039 movement with a 42-hour power reserve—nothing flashy, but dependable and accurate—plus a tough 316L stainless steel case, a (very comfortable) synthetic rubber strap with a clever rivet keeper system, and that all-important sapphire crystal. 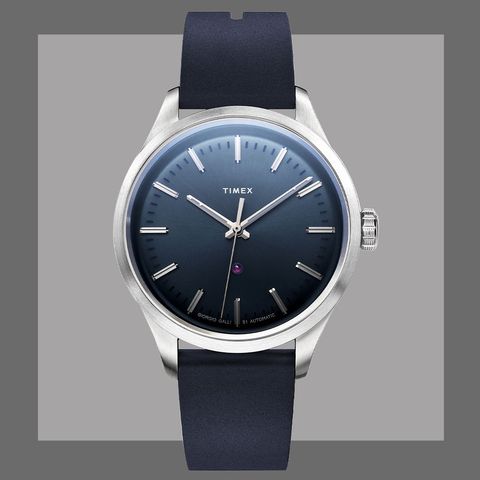 That’s not to mention the look of the S1 38, and the versatility of the new case diameter. It wears comfortably on wrists big and small, and, even more importantly, manages to bridge the space between classic dress watches and sportier tool watches with ease. It might just be the perfect everyday watch for the year ahead. On the off chance you’re not into it, Galli has a sportier watch in the works for 2022. And after that? Sky’s the limit.

“The way we started was supposed to be one-shot,” Galli says. But after the original S1’s success, Timex realized it had an opportunity on its hands. “This is actually a great area for Timex to be a little bit outside from the regular price range and experiment a bit,” he continues. “I think the S1 is becoming the Grand Timex, in some way, of Timex. The pinnacle, but at the same time, it will be permanent. The S1 might evolve into something completely different. Who knows?”

The Seiko Prospex Speedtimer Chronograph Is Packed With Vintage Appeal