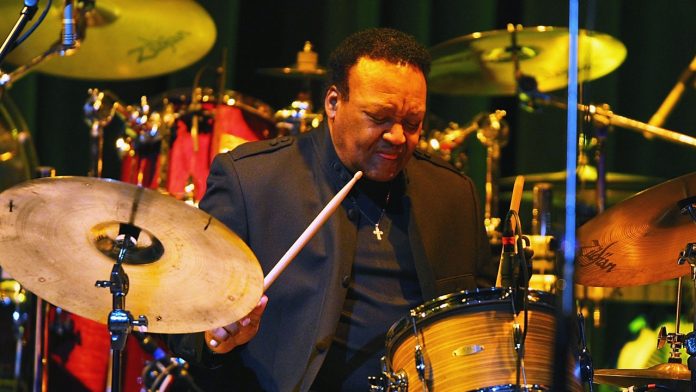 Howard Grimes, the drummer best known for his work in the rhythm section of the Hi Records house band, died Saturday (February 12) of kidney failure at Saint Francis Hospital in Memphis, NPR reports. He was 80. Nicknamed “The Bulldog” for his heavy foot on the kit by Hi Records founder Willie Mitchell, Grimes tracked classic records with Al Green, Ann Peebles, Otis Clay, Syl Johnson, and more as a member of the Hi Rhythm section in the 1970s.

Born in Memphis in 1941, Grimes grew up in north Memphis, where his mom put him onto Duke Ellington and Cannonball Adderley. His inspiration for becoming a drummer initially came through the television; at first, a biopic of big band drummer Gene Krupa (played by Sal Mineo) and later, a performance by Cozy Cole with Louis Armstrong, the first time he’d ever seen a Black man play drums.

Grimes started performing as a pre-teen and quickly picked up gigs in various Memphis clubs. His first recording session was in 1959, in a converted South Memphis movie theater, backing Rufus and Carla Thomas on “‘Cause I Love You.” The song would help launch Satellite Records—soon to be renamed Stax—a pillar of the Memphis music scene. At Stax, Grimes was mentored by Al Jackson Jr. of Booker T. & the MG’s; when he died in 1975, Grimes took over his duties as the drummer in the Hi Rhythm Section, where he contributed to iconic recordings by Green (“Let’s Stay Together”), Peebles (“I Can’t Stand the Rain”), and more.

He hit a nadir after Hi Records was sold, and was briefly homeless in the 1980s. He managed to resurrect himself—and his career—and in later years joined the Bo-Keys, whose lineup includes former Hi bassist Leroy Hodges and other players from the Memphis scene in the ’60s and ’70s. They were nominated for a Grammy in 2010 for their work on Cyndi Lauper’s Memphis Blues album which also featured cameos from Peebles, B.B. King, and Allen Toussaint. He released his autobiography Timekeeper: My Life in Rhythm in 2021.

Aware of both his place in Memphis’ musical legacy and the roots upon which it was built, Grimes carried the torch for Southern soul music long after its heydey. “I came up under the masters,” Grimes once told Bluefat magazine. “I always go back to my roots. All of the blues artists and and the jazz artists and gospel people, that’s where it all comes from. I never leave them, and that’s where I go.”