Home Sport Dashel Drasher firing on all cylinders for Ascot 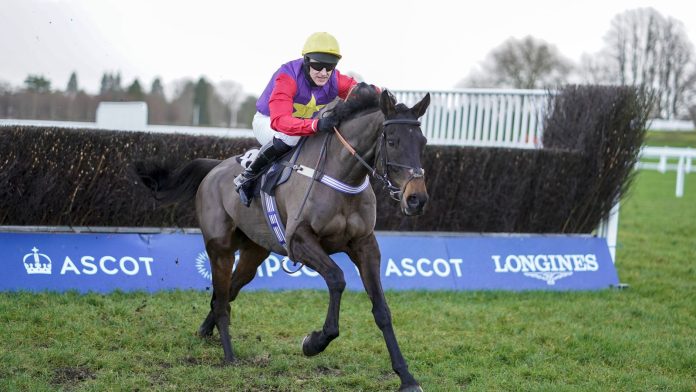 Jeremy Scott is confident Dashel Drasher will put up a staunch defence of his crown in Saturday’s Betfair Ascot Chase.

The nine-year-old has been successful on four of his previous five visits to the Berkshire circuit, enjoying a Grade One breakthrough in this two-mile-five-furlong contest 12 months ago.

He suffered his first Ascot defeat when third behind Lostintranslation in November, since when he has won over hurdles at Newbury and been narrowly denied in the inaugural Fleur De Lys Chase at Lingfield.

Scott issued an upbeat report on his stable star’s well-being on Wednesday morning, telling Sky Sports Racing: “He’s actually really good. We got the vet in this morning and had him checked over, scoped him and everything seems hunky-dory, so it’s all systems go.

“It didn’t look like he was going to win jumping three out (at Lingfield) and I thought he might capitulate, but in fairness he fought his way back and got his head in front just before the line and unfortunately Two For Gold picked up again and just nabbed us. I thought it was a very good run.

“I think the ground has hopefully come right for us – they had a bit of rain last night and they’re now giving it as soft. It’s not going to dry out and soft ground would be absolutely fine for him.

“He seems to like it round there (Ascot). The tempo of the race on that track seems to suit his running style, so we hope for a very big run.”

Scott added: “It does look much stronger competition this year, so I hope he’s up to the task.

“When you go through it, there’s not a lot between all of them and on the plus side at least we have course form.”