Home World Microsoft is on a buying binge. Here’s what it could buy next 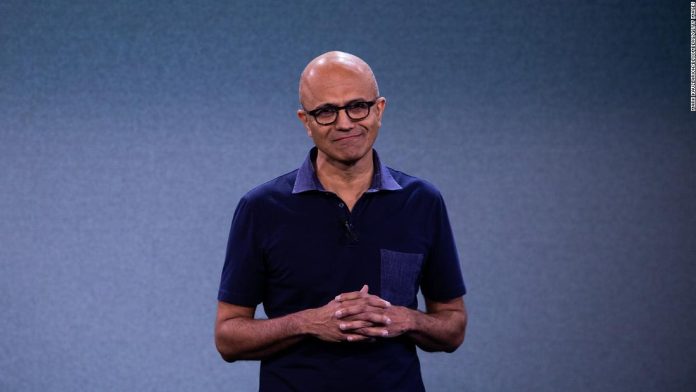 The company’s planned purchase of video game maker Activision Blizzard, with a price tag of nearly $70 billion, is Microsoft’s biggest and boldest acquisition. But it’s hardly the only notable deal in the Nadella era.
Microsoft (MSFT) scooped up advertising tech business Xandr from CNN owner AT&T (T) late last year for a reported $1 billion. The company also shelled out nearly $20 billion for cloud software firm Nuance earlier in 2021.
That’s on top of numerous other billion dollar deals Microsoft has made since Nadella took the helm in 2014, including the acquisitions of Minecraft developer Mojang, Bethesda games studio owner ZeniMax Media, open source coding site GitHub and business social media network LinkedIn. The LinkedIn deal was previously Microsoft’s largest, with a value of $26.2 billion.
Now there are reports Microsoft is looking to buy Mandiant, the cybersecurity software firm formerly known as FireEye that is currently valued at about $4.5 billion.
Mandiant CEO Kevin Mandia said on the company’s earnings conference call with analysts last week that it won’t comment on rumors or speculation. Microsoft had no comment either.
It should come as no surprise that Microsoft might be looking to use some of the massive amount of cash it has on its balance sheet to close some deals. Microsoft has about $130 billion, and would still have around $60 billion left over after the Activision deal closes…assuming it is approved by regulators.
The cybersecurity business is a major area of focus for Nadella. Last year, Microsoft bought several security startups, including CloudKnox Security, RiskIQ and CyberX.
Security is a lucrative business for Microsoft since it generates a large chunk of recurring annual subscription revenue. It also helps Microsoft attract more corporate customers for its other numerous, cloud-based subscription software offerings.
So even if a Mandiant deal doesn’t happen, Microsoft will likely set its sights elsewhere in the same space.
“Cybercrime is the number one threat facing every business today,” Nadella said during Microsoft’s most recent earnings call with analysts last month. He added that cybersecurity revenue for Microsoft topped $15 billion over the past 12 months, a 45% jump from the previous year.
Microsoft chief financial officer Amy Hood also noted on a conference call with analysts following the Activision deal announcement that the company is looking for more deals in high-growth markets where Microsoft can “uniquely add value to the users or the community.”
She didn’t name any industries that the company might be targeting.
Microsoft isn’t the only tech company on the hunt for deals. With interest rates likely headed higher over the next few months, other cash-rich tech firms may be propelled into action.
Two others already have. Intel (INTC) announced Tuesday that it was buying Tower Semiconductor (TSEM) for $5.4 billion in cash. IBM (IBM) said Tuesday it was purchasing Neudesic, a cloud services consulting firm. Terms were not disclosed.
And there are reports that Cisco Systems (CSCO) has made a $20 billion offer for Big Data firm Splunk (SPLK).