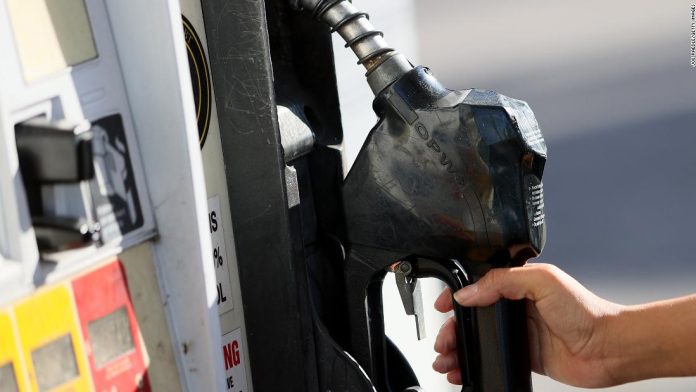 Oil prices have jumped well above $90 a barrel in recent weeks as the risk of a Russian invasion has increased.
If the Russia-Ukraine crisis drives oil to about $110 a barrel, inflation in the United States would exceed 10% on a year-over-year basis, according to a new analysis by RSM shared exclusively with CNN.
The US economy hasn’t experienced 10% inflation since October 1981, according to government statistics.
“We’re talking about a real short-term shock,” said Joe Brusuelas, chief economist at RSM.
Russia is the world’s second largest producer of both oil and natural gas and global oil supplies. And this crisis comes at a time when the world energy market is already struggling to keep up with demand. JPMorgan has warned that any disruption to Russia’s oil flows would “easily” send oil to $120 a barrel.
“Heating the home and putting gasoline in the car will become more expensive in the immediate aftermath of a Russian invasion,” Brusuelas said, adding that there would be a “shock to consumer confidence” and diminished corporate investment.
US oil prices hit $95 a barrel on Monday for the first time since 2014. But crude reversed course on Tuesday, sinking below $92 a barrel on hopes of a de-escalation between Russia and Ukraine.
The current rate of inflation — consumer prices soared by 7.5% in January from the year before — is the highest since February 1982. The high cost of living has weighed heavily on consumer sentiment, which tumbled earlier this month to a fresh decade low.
Prices at the pump have been a sore spot. The national average for regular gasoline hit $3.50 a gallon on Tuesday, up from $3.46 a week ago, according to AAA.
Brusuelas estimates that a roughly 20% increase in oil prices to around $110 would lift consumer prices by 2.8 percentage points over the course of the following 12 months, lifting inflation above the 10% threshold. That would run counter to current expectations for inflation to gradually cool off from elevated levels.
However, the impact to the broader economy could be less dramatic.
Brusuelas estimates a jump to $110 oil would shave slightly less than one percentage point from US GDP over the next year.
Still, the inflation spike would likely put renewed pressure on the Federal Reserve to step up its fight to get prices under control by raising interest rates significantly.
“This would cause the Federal Reserve to quicken the pace of its policy normalization. You would hear more about a 50-basis point increase,” Brusuelas said, referring to recent calls for the Fed to raise interest rates by a half a percentage point in a single meeting for the first time since 2000.