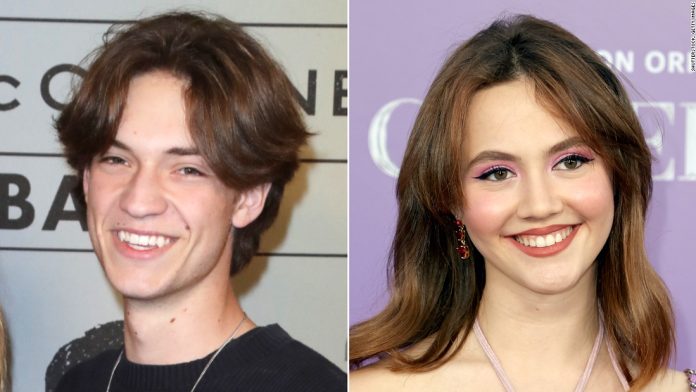 Robinson, 18, shared a photo of the two on Instagram, in which he gave Apatow, 19, a kiss on the cheek on Valentine’s Day.
“Sweets,” wrote Hudson, who added a heart emoji.
Hudson shares Robinson with her former husband, Black Crowes frontman Chris Robinson.
Mann also commented on the post by adding a string of heart emojis. Apatow’s older sister, “Euphoria” actress Maude Apatow called the picture “cute.”
The two teens have been leaving comments for each other on social media since the summer.