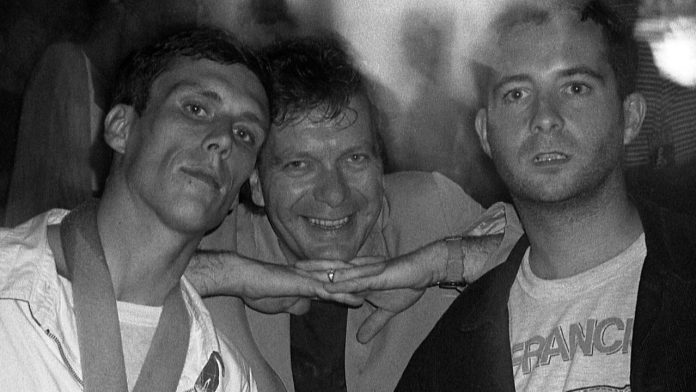 A new biography of Factory Records boss Tony Wilson will get its U.S. release on April 5, via Faber Books. Written by Paul Morley, the seminal post-punk scribe, the book is titled, in full: From Manchester With Love: The Life and Opinions of Tony Wilson* aka Anthony H. Wilson.

Wilson’s decorated career began in culture broadcasting in the early 1970s. Radicalized by punk, he gave Sex Pistols their TV debut, managed A Certain Ratio and the Durutti Column, and co-founded Factory Records, the iconic Manchester label whose maiden release was Joy Division’s Unknown Pleasures. After Ian Curtis’ death, Wilson, Joy Division manager Rob Gretton, and successor band New Order joined forces to found the Haçienda nightclub, which revolutionized British nightlife and became the cradle of the Madchester scene that spawned the Stone Roses and Factory act Happy Mondays. All this was semi-fictitiously documented in the 2002 comedy 24 Hour Party People, with Steve Coogan portraying Wilson. He died in 2007.

According to a press release, “To Paul Morley, [Wilson] was this and much more: bullshitting hustler, flashy showman, aesthetic adventurer, mean factory boss, self-deprecating chancer, intellectual celebrity, loyal friend, shrewd mentor, insatiable publicity seeker. It was Morley to whom Wilson left a daunting final request: to write this book.”

Paul Morley: Manchester With Love: The Life and Opinions of Tony Wilson* aka Anthony H. Wilson