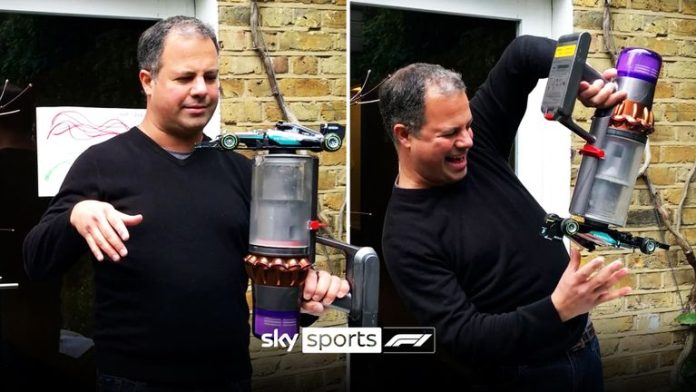 Close cars, young stars and a “fantastic” opportunity; Ross Brawn, F1’s managing director of motorsport, speaks in-depth about the new season and what is expected, having his say on the racing, the drivers, whether a team can pull ‘a Brawn’ and much more

Formula 1 is in a “far better place” with its new cars and rules for the 2022 season and there are a “number of great drivers” who could battle at the front due to the huge overhaul, according to Ross Brawn.

F1 is embarking on an exciting new era this year thanks to revamped regulations aimed at improving wheel-to-wheel racing, with the much-changed cars’ first test outing now less than a week away.

Brawn, F1’s managing director of motorsport, has spoken of his optimism for the new cars to provide “much better racing” – not just because of the new aerodynamics but also because of a closer field.

“It’ll take a little while but I think we’re going to be in a far better place going forward with the type of car that we have,” Brawn told reporters. “Lots of optimism for the season and I think we’ll see some interesting results.”

F1 has been planning for this moment for a long while now, and it’s nearly crunch time to see just how the new rules and cars shake up the sport. Brawn was joined by FIA chiefs Nikolas Tombazis and Jason Sommervile to explain the changes and just what is expected

“Every decision has been made to not dumb down the sport, but to make it more achievable for more of the teams and to get a closer competition going on, while still leaving meritocracies so the best teams still win,” stated Brawn.

“I think there will be a bit of disparity at the beginning, but we’re not expecting a huge disparity

“I’m confident that these rules will lead to much better racing, and we’re not stopping here.

“As soon as the cars start to appear, we can analyse how they achieve their performance, we can evolve it, we can tune the regulations to keep it going in the right direction.”

Brawn also reiterated that the sport’s initial estimations for the new cars are still on track. F1’s previous cars lost around half of their downforce while following another car closely, making overtaking often all-but-impossible, while the new machines should drop that considerably due to a carefully thought-out design

“We’re so massively ahead of where we were because the [previous] cars were dreadful,” said Brawn. “So even if we’re five per cent worse [than we hoped], we’ll still be a long way ahead of what the old cars are.”

He also said he wasn’t concerned by teams’ claims that their new cars are now almost as fast as the old ones, allaying fears that more speed may harm the following F1 are so focused on.

“I don’t think we ever made a performance prediction,” he claimed. “We said let’s target a couple of seconds less than where we are now because that’s what the teams will make up when they get hold of them.

“But it was really as simple as that. Knowing the progress teams make, I’m not surprised by what’s happened and personally I’m not concerned.”

Can more teams and drivers fight for wins?

A fresh slate for new rules often leads to some teams getting it more right than others, as Brawn noted: “Inevitably when we start the season we may see some scatter in the performance of the teams. I think that’s unavoidable.”

But he also stressed that “it was unavoidable to stay where we were, it was just going to get worse and worse.”

Brawn, the well-respected title-winning former technical chief at both Ferrari and Mercedes, was asked about the new rules coming after one of F1’s greatest-ever seasons and title battles between Lewis Hamilton and Max Verstappen.

And that is one of the keys for this rules revolution – to give more teams and drivers a chance of winning without a ‘freak’ result. Mercedes won more than two thirds of the races in the hybrid era, while only 11 drivers claimed a victory between 2014 and 2021.

Brawn said he still believed the top teams would flourish. “I don’t think the regulations will change the regular order of things dramatically,” he stated. “I don’t think we’re going to see Mick Schumacher dominate this year”.

But he thinks the new rules “will bring things a lot closer” for the teams and drivers, mentioning a few young superstars.

“I think we’ll see some of the midfield teams challenging so I think we’ll have a bigger group of competitive teams,” he said. “Last year, we either expected a Mercedes or a Red Bull to win unless something different happened.

“We’re blessed with a number of great drivers in Formula 1 today. Lando Norris, the Ferrari drivers [Charles Leclerc and Carlos Sainz], we’ve got George Russell in the Mercedes. I think there’s any number of combination of drivers that give us a fantastic season and if there’s three or four of them mixing it up, that’s even better.

“I’m optimistic about the coming season. I think the good teams will do a good job, they’ve got the equities and the experience.”

Could a team pull a ‘Brawn’?

He did, however, also admit that there was the potential for Mercedes and Red Bull – who were locked in an intense season-long duel for both titles last year – to be caught out.

“I think they could be impacted,” he said.

“I suspect both of them were very sensible with their approach about balancing ’21 and ’22, though you’ve got your human resource devoted to fighting a very intense world championship, and some of the people further back haven’t had that consideration.

“Although there was a bit of a battle between McLaren and Ferrari, if I’d have been them, very early in the year I would have been putting everything I could into ’22.”

One of the last major rules revolutions in F1 came in 2009, when Brawn’s newly-formed team named after him shocked the world – and bigger-named teams such as the aforementioned McLaren and Ferrari – to become F1 champions.

Though he added: “I don’t think it’ll be that severe.”

The first three-day pre-season test starts on February 23 in Barcelona, before another in Bahrain on March 10. The season then gets underway with the Bahrain GP on March 20.