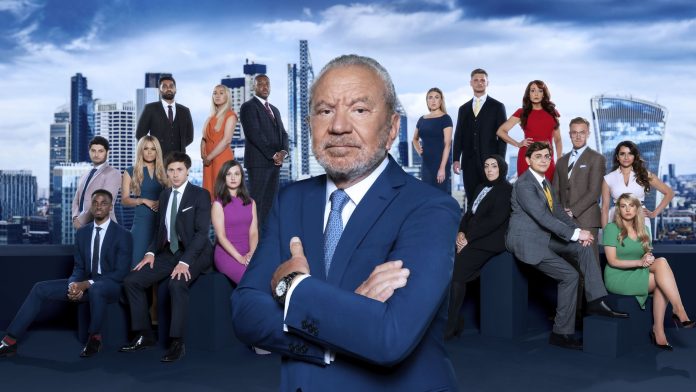 Lord Alan Sugar has said he was “now always looking over my shoulder” after antisemitic letters were sent to him, with one saying “I would like to murder all Jews in Britain, Alan”.

The letters, with the address typed and stuck to the front, were opened by The Apprentice star’s assistant at his company and referred to the police.

Patrick Gomes, aged 70, denied sending the letters but was found guilty at an earlier trial of religiously aggravated harassment, putting those targeted in fear of violence.

At Chelmsford Crown Court on Wednesday, he was jailed for three years and six months and handed an indefinite restraining order not to contact Lord Sugar.

Adam Pearson, prosecuting, said one of the letters said there was “no antisemitic element within the Labour Party” then “went on to say the author of the letter was a Jew hater”.

One passage said: “I would round all of you up and put you into camps ready for deportation.”

Another referred to “shoving your screaming head into a hot oven – we call it baking Jewish bread”.

One letter was signed “the Jew hater”.

Mr Pearson told the court that Jewish business magnate Lord Sugar said he “had been made to feel extremely scared and upset, he hadn’t told his family as he knew how scared and upset it would make them”.

The businessman said in a statement read in court: “The whole incident has shaken me up and I’m now always looking over my shoulder in case someone is close to me and about to attack me or my family.”

Pensioner Gomes sent the letters to one of Lord Sugar’s business premises in Loughton between October and December 2018, Essex Police said.

Gomes was arrested at his home in Lyttelton Road, Leyton, east London, on 19 March 2019 after his DNA and fingerprints were found on one of the letters.

Officers found additional letters written by Gomes, all of which were discriminatory in nature.

They also found the address the original letters were sent to listed in his address book.

Gomes did not attend his trial, which went ahead in his absence last year.

A warrant was executed for his arrest and he was remanded in custody until his sentencing.

Judge Timothy Walker said he had received a handwritten letter from the defendant in which there was “no mention of apology towards Lord Sugar, there’s no mention of remorse”.

He said the letters were “frightening and deeply offensive to Lord Sugar”, adding: “Society will not tolerate behaviour such as yours.”

The judge told Gomes: “I note no concerns are raised about your mental health.”

Oliver Renton, mitigating for Gomes, said: “He has no family now at all – his mother died just before the trial last year.

“She was his last surviving relative at all.”

Gomes showed no reaction as he was led to the cells.

Lord Sugar thanked officers for “helping to shine a light” on the fact that such offensive behaviour was not acceptable.