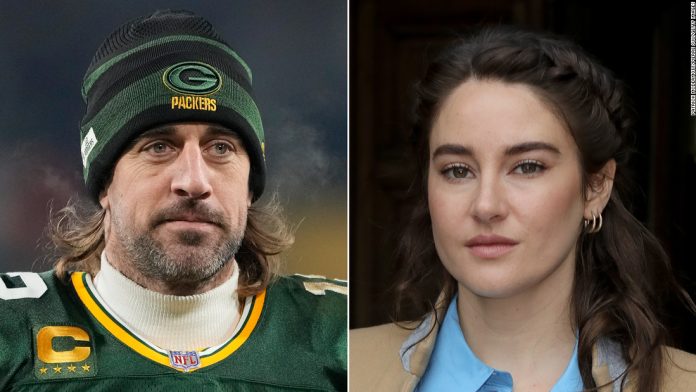 “They grew apart, both have busy careers and unfortunately their relationship took a backseat. There is no animosity and they will remain friends,” the source said.
Their respective representatives have not responded to CNN’s request for comment.
Their break up comes nearly one year after Woodley’s interview with Jimmy Fallon in which she confirmed that she was planning to wed the football star.
“Yes, we are engaged,” Woodley said. “We are engaged. But for us, it’s not new news, you know, so it’s kind of funny. Everybody right now is freaking out over it and we’re like, ‘Yeah, we’ve been engaged for a while.'”
Woodley had also said that due to the Covid-19 pandemic she had yet to see Rodgers play quarterback for the Green Bay Packers.
“We met during this whacky, whacky time and all of the stadiums were closed that he was playing in, so I’ve yet to go to a football game,’ she added. “I didn’t really grow up with sports, especially American sports; it was never really on my radar.”