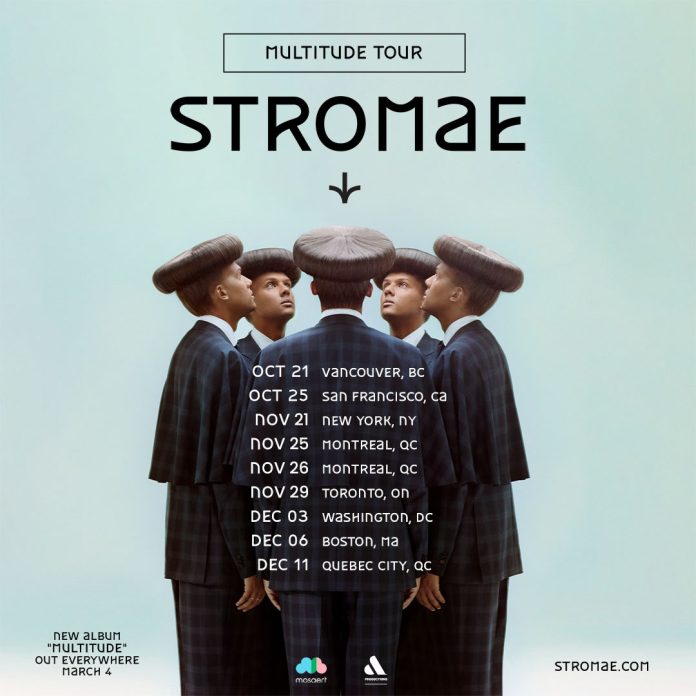 As Belgian musician Stromae prepares to return with Multitude, his first new album since 2013’s Racine Carrée, he’s announced an accompanying tour. After appearances at Coachella in April, he’s got dates from October to December across North America. Find the itinerary below.

Multitude is out March 4 (via Mosaert/Darkroom/Interscope). The full-length includes Stromae’s comeback song “Santé” and the more recent “L’enfer.”