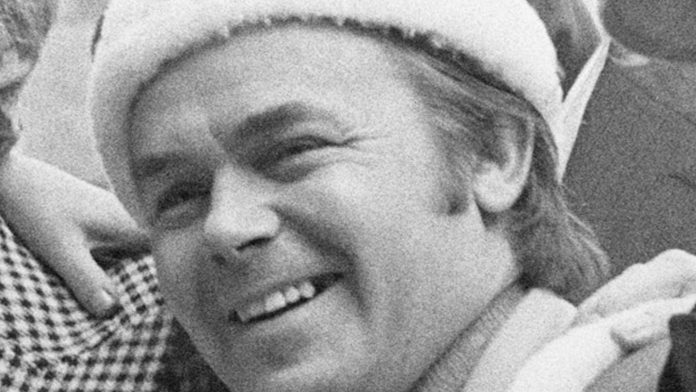 Jack Smethurst, star of the ’70s comedy Love Thy Neighbour, has died at the age of 89.

Smethurst was best known for playing the controversial factory worked Eddie Booth in the 1970s show.

His son Adam revealed on Wednesday that he had died on Twitter, writing alongside a series of photographs: “Today we said farewell to our dear Dad. He was much loved and brought joy to many. Our entire family give thanks to a long and fruitful life.”

Pemberton Associates actors’ agency added: “We are deeply saddened to hear of the passing of our former client, Jack Smethurst.

“He had a very long career, appearing in many iconic films and series.

“He had thousands of amazing stories and was a genuinely lovely man.”

Smethurst was born in Manchester in 1932, and made his film debut in 1958, in Carry On Sergeant.

After that, he went on to roles in productions like A Kind Of Loving and Saturday Night And Sunday Morning.

It was in 1972 that he went on to star in Love Thy Neighbour, which told the story of a white man becoming shocked when a black family moves in next door.

While the character was often racist, that was contrasted by his wife Joan (Kate Williams), who was seen as a more welcoming member of the family.

Love Thy Neighbour was criticised over its handling of race when it ran for eight series in the ’70s on ITV.

Among those paying tribute was Tommy Cannon, of Cannon and Ball fame, saying on Twitter: “Sending condolences to jack Smethurst’s family, our first panto season together.”

John Altman, best known for playing Nick “Nasty Nick” Cotton in EastEnders, added: “Saddened to hear that my old friend Jack Smethurst has passed away. He was great fun to work with.

“I will always have fond memories of the times we spent together. May he rest in peace.”