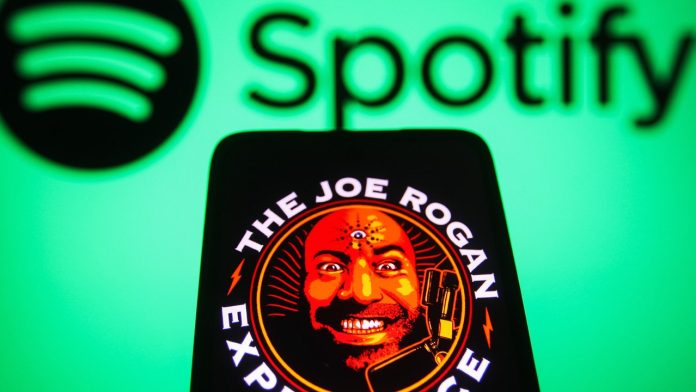 In May 2020, Spotify announced a licensing deal with Joe Rogan to host his extremely popular podcast, The Joe Rogan Experience, exclusively on the streaming platform. At the time, it was reported that the deal paid Rogan $100 million. Now, “two people familiar with the details of the transaction” have told The New York Times that Spotify and Rogan actually agreed to a three-and-half-year deal worth at least $200 million. A former Spotify employee who spoke anonymously with Pitchfork has also said that the agreement was worth over $200 million.

Pitchfork has reached out to representatives for Spotify for comment and additional information.

Spotify had signaled its interest in bolstering its podcast business long before the Rogan agreement. In February 2019, Spotify acquired the podcast companies Gimlet Media Inc. and Anchor. One year later, Spotify announced that it had bought The Ringer, the sports and culture website known for its podcasts. According to The Times, Gimlet Media and The Ringer each cost Spotify less than $200 million.

For over a month now, Spotify has faced increased scrutiny for its association with Joe Rogan due to an episode of The Joe Rogan Experience that featured Dr. Robert Malone, an infectious disease researcher and COVID-19 vaccine skeptic. In mid-January, hundreds of medical professionals signed an open letter decrying the podcast’s “concerning history of broadcasting misinformation, particularly regarding the COVID-19 pandemic.” Not long after, Neil Young pulled his music from Spotify after accusing the company of “spreading fake information about vaccines.” Many artists—including India.Arie, Joni Mitchell, and David Crosby—have also requested their music’s removal from Spotify.

In response to the backlash, Spotify has added content advisories to podcasts that discuss COVID-19 (a policy that is being probed by the New York state comptroller). Spotify CEO and co-founder Daniel Ek has also reiterated that his company will not “change [its] policies based on one creator,” and that Spotify will not deplatform Joe Rogan.