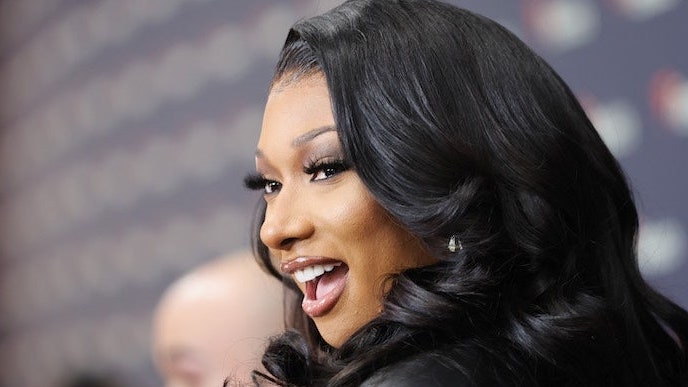 Megan Thee Stallion will star in A24’s new R-rated movie musical comedy F*cking Identical Twins, according to The Hollywood Reporter. The film is a spin on The Parent Trap and it also stars Bowen Yang, Nathan Lane, and Megan Mullally, as well as writers Aaron Jackson and Josh Sharp. According to THR, the movie follows two business rivals who realize they are identical brothers and decide to switch places to reunite their divorced parents. Larry Charles, who previously made Borat, will direct.

Megan Thee Stallion has previously acted in the YouTube series Hottieween. Of her new role, she remarked on Instagram: “HOTTIES THIS IS OUR FIRST MOVIEEEE/ MUSICAL! WITH SOME MOVIE LEGENDS Im so excited i feel so blessed i feel anxious lol i feel a bunch of shit😂 I really have been quietly putting in this work and i just cant wait for the hotties to see everything 💙💙💙.”

Recently, Megan Thee Stallion released “Flamin’ Hottie.” Before that, she collaborated with Jamaica’s Shenseea on “Lick.”